04/24/2021 Nigeria (International Christian Concern) – Three of the students kidnapped on Tuesday night from Greenfield University in Kasarami village, Kaduna State, have been confirmed dead by the Kaduna State government.

Samuel Aruwan, Commissioner for Internal Security and Home Affairs in Kaduna State, made a statement on Friday:

“In an act of mindless evil and sheer wickedness, the armed bandits who kidnapped students of Greenfield University, have shot dead three of the abducted students.”

“The remains of three students were found today (Friday), in Kwanan Bature village, a location close to the university….”

According to PM News Nigeria, the brother-in-law of one of the victims sent a message to Tolu Ogunlesi, the Special Assistant to President Buhari on Digital and New Media. Part of the letter stated:

“I’m marginalized as a Christian in my state. I go elsewhere and I’m being stereotyped. Today, my sister is dead. I cannot, for the life of me, imagine what she went thru in the hands of these evil men before her untimely death. Can you? How do I comfort my wife?”

Attacks on schools have dramatically increased in the past few years as kidnappers have capitalized on obtaining large ransom payments. The Islamic terrorist group Boko Haram, whose name loosely means “western education is forbidden”, established the pattern of kidnapping school children for ransom in 2014 when the group abducted 276 mostly Christian girls from a school in Chibok. 2021 has already seen several large-scale kidnappings which were originally thought to have been carried out by loosely organized bandits. Recently, Kaduna state governor El Rufai informed the public that these ransoms were used to fund Boko Haram.

Please pray for the Lord to comfort grieving families and strengthen their faith during this difficult time. Please also pray for the safe return of all who have been kidnapped, and for their captors, that their hearts would be softened, and that they will experience the love of Christ that leads to true repentance and salvation. 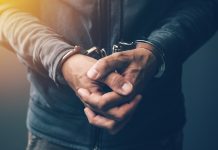 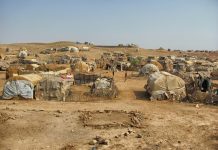