CSW welcomes the adoption of a resolution on 24 November by the United Nations Human Rights Council (UNHRC).

It established an independent, international fact-finding mission to investigate alleged human rights violations in Iran related to the nationwide protests that began on 16 September 2022.

Resolution (A/HRC/S-35/L.1) on the deteriorating human rights situation in the Islamic Republic of Iran, especially with respect to women and children, was orally revised and adopted by a vote of 25 in favour, six against and 16 abstentions at a special session convened following a request from Germany and Iceland.

It established an independent international fact-finding mission with a mandate to ‘thoroughly and independently investigate alleged human rights violations in Iran related to the protests that began on 16 September 2022, with respect to women and children; to establish the facts and circumstances surrounding the alleged violations; to collect, consolidate and analyse evidence of such violations and preserve evidence, including in view of cooperation in any legal proceedings; and to engage with all relevant stakeholders, including the Government of the Islamic Republic of Iran, the Office of the United Nations High Commissioner for Human Rights, the Special Rapporteur on the situation of human rights in the Islamic Republic of Iran, relevant United Nations entities, human rights organizations and civil society.’

During the special session the United Nations High Commissioner for Human Rights, Volker Türk, called on the Iranian authorities to stop using violence and harassment against peaceful protesters, release all those arrested for peacefully protesting, and impose a moratorium on the death penalty following the passing of death sentences against at least  six protestors by revolutionary courts.

The Human Rights Council was informed that around 14,000 people, including children, have been arrested in the context of the protests to which the security forces have regularly responded with excessive force, killing or injuring unarmed demonstrators and bystanders. A conservative estimate of the death toll so far stands at over 300, including at least 40 children.

During the special session UN Special Rapporteur on Iran, Javed Rehman, outlined further violations, such as smear campaigns against those reporting on human rights violations, threats, surveillance, arbitrary arrests, and torture and mistreatment in detention, including sexual abuse. In some cases, families of victims were reportedly put under pressure to state their children had committed suicide, amidst threats that their other children would be killed if they did not make such false statements on State television.

In a joint statement released prior to the vote, CSW and Article 18, said: ‘At their core, the ongoing protests are a cry for freedom: the freedom of the Iranian people to live in a way that corresponds with their beliefs. Mahsa Amini was arrested, and ultimately killed, because she was deemed to have failed to properly adhere to the dress code of the majority faith – a dress code that for nearly 44 years has been imposed on Iranians of all faiths and none. We do not believe that this is right.’

‘Furthermore, we believe that by imposing such a dress code on all Iranians, the Islamic Republic is failing to abide by its obligations as a signatory to the International Covenant on Civil and Political Rights, which articulates the right to “have or adopt a religion or belief of his choice, and … to manifest [ones] religion or belief in worship, observance, practice and teaching.’ 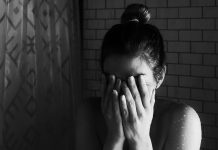