11/15/2021 India (International Christian Concern) – According to NDTV, the Chief Minister of India’s Karnataka state, Basavaraj Bommai, has said the state government will soon formulate an anti-conversion law. The statement was made last Friday, November 12, after Bommai met with over 50 Hindu leaders calling for a ban on religious conversions.

“The state government is studying related laws enacted by other states and soon an anti-conversion legislation will be formulated,” Bommai said while speaking with reporters. The Chief Minister went on to say that the constitution does not permit forced religious conversions, including conversions done through allurement.

Over recent months, government leaders in Karnataka from the Bharatiya Janata Party have called for the enactment of an anti-conversion law. Many of these leaders falsely claim religious conversions in Karnataka have gotten out of control and a law must be enacted to regulate these conversions.

While Karnataka has still not enacted the promised anti-conversion law, many radical Hindu nationalists on the ground are acting as if the law already exists. International Christian Concern (ICC) has documented an increase in attacks on Christians across Karnataka and this has many concerned about what will happen if the anti-conversion law is enacted.

To date, no individual has been convicted of forced conversion in India. This is despite of the fact that some of the anti-conversion laws have been in force since 1967. 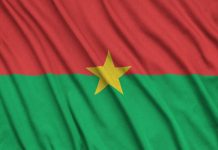 53 Killed in Attack on Security Post in Burkina Faso