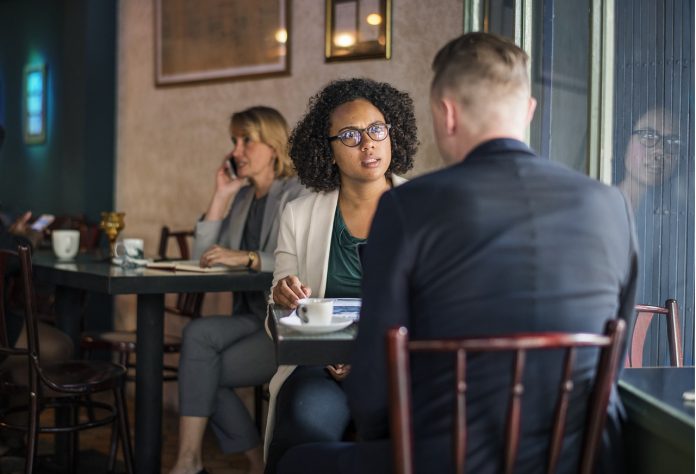 A few years ago, at the height of “The Story of God” by Morgan Freeman’s release, I wrote an article about it and encouraged believers to start listening to atheists more. Not many were happy with the post. “That’s absurd. What if I turn into an Atheist myself?” wrote one commenter. I didn’t respond because no one wins the battle on social media. But I thought to myself how many Christians have said this in one way or another. Should Christians listen to skeptics and atheists?

I was reading an article on Abraham Piper, son of John Piper, this morning. He has made headlines for starting a TikTok that attacks many Christian tenets and practices, mostly among Fundamentalists. By listening to him, I actually learned a lot. I learned, most importantly, how many of his points, like other skeptics, hold little bearing and can be refuted.

The world is laden with skeptics who have tried to refute the existence of God or discredit Christianity altogether. Some people like Bill Maher, Richard Dawkins, Sam Harris, Morgan Freeman, and now the most recent Abraham Piper, who was excommunicated a few years back by Bethlehem Baptist Church. And I’ve listened to many of them.

What?! You Listen to Atheists?!

Many people get shocked when they discover that I’ve read “The God Delusion” by Richard Dawkins. They wonder why I read books, watch videos, and consume content from Atheists. For one, because it’s how I believe in the Bible so much that I can test it against the words of men. I’ve heard a lot of arguments against the Bible, God, Jesus, Christianity, the existence of heaven and hell, and so on. And today, I can still say that I believe that the Word of God is true and infallible, the existence of God unquestionable, and the power of the cross impenetrable. And that’s the reason why I believe that Christians should listen to skeptics.

I liken these moments to a “stress test” of sorts. Working in technology, I’ve helped launch a few softwares in the past, and one of the most important aspects of the build process is the Beta test. It’s a time where you launch a product in “beta” or test mode and send it to a select few to try and give feedback. Think of it as a soft opening. As believers, think of your faith as that product and these conflicting ideas as your stress test. Truth is that you’ll face them at some point or another. Sadly, some people aren’t ready for them when they do. Why? Because they’ve never put their faith to the test.

Now, there’s a caveat to all of this. I definitely don’t recommend that you dive for any atheist video or book right away without the right protection and equipping. I was once reading the book “The World of Quantum Culture,” which really isn’t an atheist book, but the principles started to confuse me a bit. There were some ideas that had me questioning spirituality. I won’t get into the specifics lest I bore you, but if you like confusing reads, go ahead and check it out. Do so with caution.) I had also read it in the worst of times, a season where I had backslid after losing my mother to cancer.

Thankfully, there were smart Christians around me who provided discipleship, clarity, and patience. I almost lost my faith on that day, and could only be grateful that I had grounded believers. And while they weren’t at par with the minds of Daniel Dennett and other atheists, they were more than enough to provide another tug towards Christianity. And I’m back on the God corner.

If you do start diving into other beliefs, do so with covering. Find a church community, group, or circle that could pull you the other way if need be. Discipleship is key to growth, and this is one way that’s true.