10/19/2019 Pakistan (International Christian Concern) – According to Bishop Samson Shukardin of Hyderabad, Pakistan, religious minorities are giving their children Islamic names to help them avoid persecution and abuse. This practice is especially being done to help minority children avoid targeted abuse in the country’s public school system.

“Many minorities give their children Islamic names, so they will not be singled out as Christians and become targets for discrimination in primary or secondary schools or at the college level,” Bishop Shukardin told Aid to the Church in Need. “In many cases, minority students do suffer abuse in public schools.”

Across Pakistan, Christians face widespread discrimination and instances of outright persecution. False blasphemy accusations, mob violence, abductions, and rape only name a few of the abuses Pakistani Christians are forced to endure because of the faith. For many, to be a Christian in Pakistan is to be treated as a second class citizen.

According to the Open Doors World Watch List, Pakistan is ranked the 5th most dangerous country in the world for Christians.

In joint statement, ecumenical organizations across the world stand together to protect life

Church April 4, 2020
In a historic joint pastoral statement released on 26 March, the World Council of Churches and Regional Ecumenical Organizations affirmed the urgency... 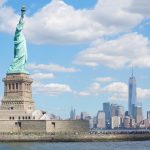 Church April 3, 2020
Pope Francis appealed for a global ceasefire on Sunday as countries work to defend their populations from the coronavirus pandemic.
© Christian Telegraph | All Rights Reserved
MORE STORIES

In joint statement, ecumenical organizations across the world stand together to...