Reverend Ramon Rigal and his wife Ayda Expósito were detained earlier this week in Guantanamo because of their refusal to send their children to government run schools.  The family, who belong to the Church of God in Cuba, were given 30 minutes notice before the trial began on 18 April, and went on throughout the afternoon but was then suspended until Monday 22 April.

Independent journalist Yoe Suarez reported in Diario de Cuba that in two previous judicial processes against Rigal and Expósito, “the prosecutor indicated that education at home is ‘not permitted in Cuba because it has a capitalist foundation’ and that only [the government] teachers are prepared ‘to instill socialist values’.”

Rigal and Expósito’s children are enrolled at a private Christian school located in Guatemala and have been completing their education online through a program offered by the school. Rigal has stated that his desire to home school his children stems from his concern, as a Christian, about the role of Cuban schools in indoctrinating children in socialism and atheism. Christian parents, especially those who work as pastors, report that their children are often singled out for ridicule or bullying by school administrators because of their religious beliefs. In Cuba there are no legal alternatives to state schools.

The trial of Rigal and Expósito comes at a particularly tense time for religious groups in Cuba following the adoption of a new constitution which weakened protections for freedom of religion or belief and which many religious leaders publicly opposed.

In recent weeks, some the largest protestant denominations including the Methodist Church, the Evangelical League and the Eastern Baptist Convention have reported that they have been banned from receiving foreign visitors, in apparent retaliation for the formation of an independent Cuban Evangelical Alliance. Over the past ten days, a number of pastors associated with the Apostolic Movement, including Pastors Alain Toledano and Marcos Perdomo, have been cited and interrogated by police. In Granma, a pastor with the Nazarene Church reported that he received notice on Thursday that the property where his church has been located for 20 years is being confiscated.

Anna-Lee Stangl, CSW’s Joint Head of Advocacy, said: “We are deeply concerned by the summary trial of Ramon and Ayda and the prospect that both may be facing significant jail time, leaving their children in the hands of the Cuban government. Numerous religious groups, including the Catholic Church, have repeatedly raised the issue of a lack of any options in Cuba when it comes to primary and secondary education, especially for parents who do not want their children be taught from a curriculum that aggressively promotes atheism, to no avail. Over the years, CSW has received numerous cases of children of pastors being bullied and ridiculed at school because of their religious beliefs, even to the point of causing serious psychological trauma. This is unacceptable. We call on the Cuban government to release Ramon and Ayda and to ensure that all children in Cuba are able to study free from harassment regardless of the religious beliefs of their family.”

Life February 21, 2020
Five million people took part in protest marches across Nigeria on Sunday 2 February against the murder of Pastor Lawan Andimi by Boko Haram, and the... 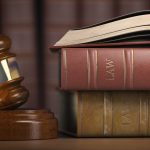