On November 14, during a regular prayer meeting held by local believers in Chaphar village in Uttar Pradesh, villagers forcefully interrupted the fellowship and began harassing the believers.

The villagers beat one of the believers that just received healing from prayer and physically harassed others in the room as well. Demanding that the pastor and local Christian community stop all religious activities in the area, the villagers brought pictures of their own deities and tore them into pieces. This was done to report to the police that the Christians desecrated their gods and claimed the pastors were alluring poor villagers to convert to Christianity.

The pastors, including Pastor Lalji, Pastor Radheshyam, Pastor Munna and Pastor Ramsukh were taken into custody by the police due to the framed evidence and false claims made by villagers. So far the pastors have been sent to jail and denied bail, but local believers will continue to fight and advocate for the release of the pastors. 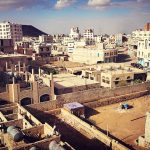