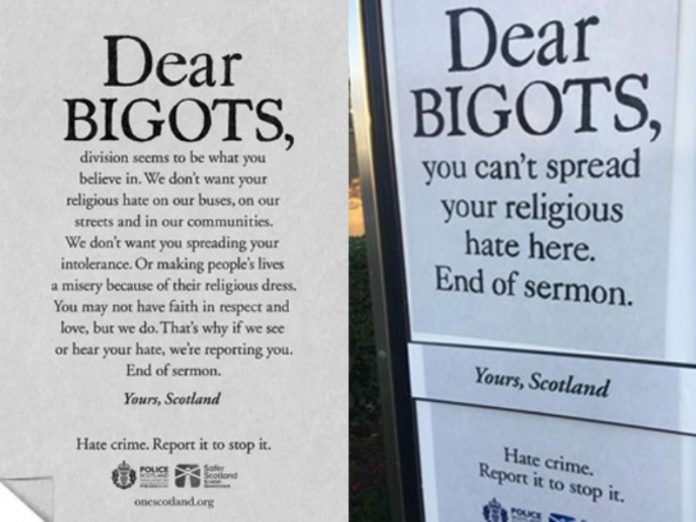 On 7 October the Sunday Times reported Barnabas Fund’s criticism of the poster campaign as a form of “state-sponsored hatred” that unfairly accuses people of religious faith.

Using the word “sermon” seems to target religious groups including Christians, Jews and Muslims. Even the lettering used in one poster reinforces this association, being very similar to well-known typefaces used in some historic Bible imprints.

Barnabas’ CEO, Hendrik Storm, issued a statement saying he was “shocked” by the posters and had received complaints from Christians that the posters, “single out religious believers and call them out as ‘bigots’ without any real qualification”.

Barnabas Fund has supported Christians who face prejudice and discrimination globally since 1993, but has never before felt it necessary to make a formal complaint of this kind in the UK. This form of state-sponsored prejudice is something that Barnabas is more used to encountering in countries where Christians are marginalised and persecuted minorities.