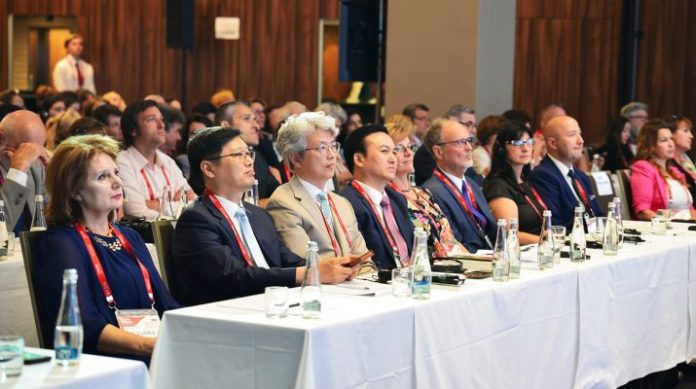 World Christian Doctors Network (WCDN) is an international and interdenominational organization that was founded to collect, analyze and attest to diving healing cases with medical data. Many Christian doctors and medical professionals have been serving as effective tools of the Holy Spirit to confirm the divine healing power of God in the name of the Lord Jesus Christ.

Its ultimate aim is to bring glory to the Great Physician by witnessing to patients, as well as to colleagues and to the general population as a whole, about the great works of healing through the gospel of Jesus Christ by prayer of faith and proven with definite evidence of healing based on medical data.

Focusing on divine healing, WCDN has conducted international medical conferences where various interesting diseases and medical conditions that were healed through prayer of faith and with definite medical evidences are presented to medical practitioners as well as to scientists. Issues relevant to Christian medical practice and to the divine calling are likewise discussed by speakers who are experts in various specialties.

World Christian Doctors’ Network (WCDN) clarifies divine healing cases through medical science. They have held the 15th annual international conference in Warsaw, Poland. WCDN is a group of Christian medical doctors that holds conferences every year for communication and cooperation with doctors from around the world.

WCDN, an organization of physicians who scientifically and medically confirm the cases cured by God’s power, held their 15th international conference in Warsaw, Poland. A city that was completely destroyed by acts of war. Beautifully rebuilt historical monuments, as well skyscrapers, are living proof that faith and hope are above the power of destruction and death. 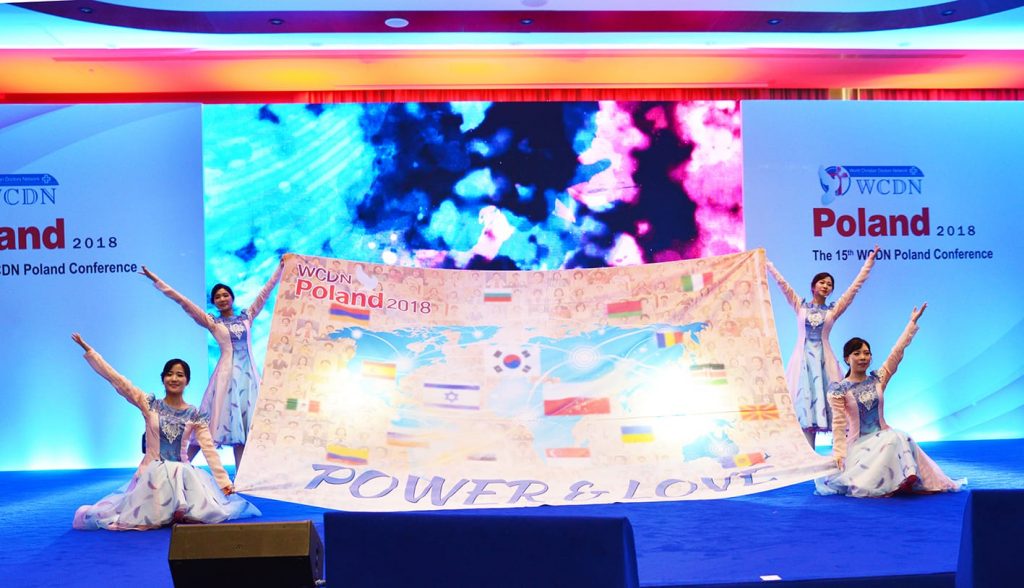 It was simultaneously interpreted in English, Polish, Russian, and Spanish. For two days 12 healing cases and four special lectures were presented.

The next conference will be held in Israel in 2019.

The History of WCDN Conferences

The main aim of WCDN is to prove that God is real, and we prove it with data

How does the system of testimonies collecting work?

First of all we can check if a church member has a medical data or not. If this person has a medical data we carry him or her to the hospital to check out his or her condition and the nature of disease after prayer. If we find the difference after prayer, we correct the data and present the healing case on the annual medical conference.

Does WCDN study only healings that happen only in Manmin church?

What is the usual reaction of secular doctors on proven miracles?

Some non-Christian doctors sometimes are surprised because they learned the medical facts in the university. For example, there was a case when a person was healed from appendicitis after just a prayer to God, without using any medicine. It is very surprising to doctors. This case was reported – without using medicine or operation appendicitis was healed. But some non-believers argue, if you met a person with the problem of appendicitis in your clinic how would handle him? Would you say to this patient: take an operation or take a prayer? So it is very difficult. It is important if the patient has the faith of God. Our God is almighty. He is the healer. So if the patient has faith that God is healer in that case if I meet such patient I am free, I recommend such patient to have such kind of prayer. But if the patient doesn’t have any faith it is not wise to recommend prayer. In that case we recommend to take an operation or medicine. Faith is very important factor to handle the patient.

Do you have any statistics on how many doctors receive Jesus because of WCDN?

We had seven conferences of WCDN. The purpose of WCDN is to prove God is alive by and with what we call data. The second purpose is to make a kind of society for Christian doctors to do right things in their traditions. You would never imagine what happened in India. India is one of the countries where it is prohibited to proclaim the Gospel in public. But doctors opened a free medical camp in poor region and many people were coming to get a treatment from them. There also was another tent where they were told that God is a Healer. This is very unique. And only doctors can do that. Through publicity and conference, we increase doctors to that kind of things in their society and in their countries. This is also one of the purposes. Actually most of attendants are Christians, not unbelievers and we cannot say how many doctors can be saved because of WCDN conference because most of them are already Christians. But they can make some kind of union or association together because they need each other. Or we can do something like a seminar, we can collect divine healing cases or have a free camp, or we can go to a poor country and donate a lot of medical things. Like it was in Indonesia in 2007. So these kind of things are the purpose of WCDN. And as for your question on how many doctors can be saved because of the WCDN conference we don’t know about that. But doctors know doctors. They know how to approach doctors.

Dr. Jaerock Lee, Founder and Board Chairman of WCDN:

“The ministry of WCDN is absolutely necessary at this end time to lead countless souls to the way of salvation. So, I ask you to dedicate yourselves to this goal with all your hearts, minds and strength.”

“If we do not have enough faith to continue to depend on God, we would give up before getting answer from God. The WCDN helps us to increase our faith.”

Pastor Vasiliy Votovich, runs a TV company in the U.S.:

“We broadcast the WCDN Conference every year, and it has been well-reviewed by viewers. I believe that a number of people will receive salvation when the doctors in attendance preach the gospel and pray for their patients while examining them.”

“It is truly meaningful to present the divine healing cases based on medical data before doctors from all around the world. This also can testify to the authenticity of the Bible to people world-wide”.

“I think that what the WCDN is doing is wonderful because they are setting the stage for a truly evidence based approach [to divine intervention].”

“The annual WCDN conferences that move from country to country have really amazing and very unique advantages which combined medical, miracles, the practical experience, advocacy issues and create incredible and unique expressions of Christ to world.”

Doctor Mauro Adragna, a psychiatrist and Director of WCDN-Italy:

“To raise our voices as Christian doctors we must gather together since many of Christian doctors are really alone. We must communicate and to realize that we are called to be ministers, not only with the scientific capacity, but also through the Holy Spirit. Actually, we have a privilege to reach people whom others cannot reach; more people come to hospital than to church”.