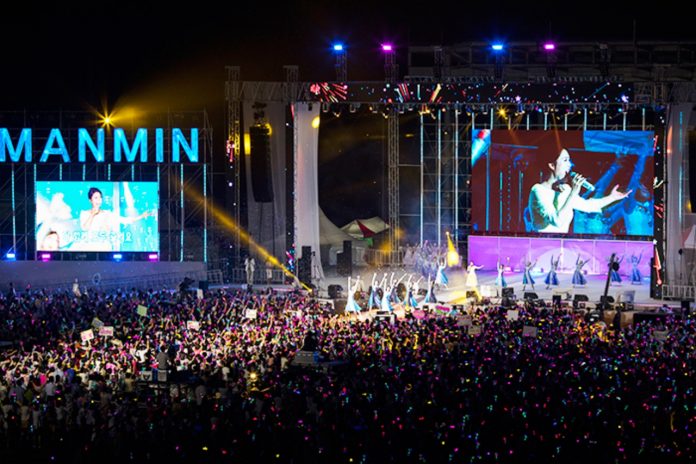 A great multitude of divine healing works occurred by the amazing power of the Holy Spirit in the Manmin Summer Retreat 2018 attended by many people from 25 countries!

Manmin Summer Retreat 2018 was held in Deokyusan Resort in Muju of Jeonbuk Province of South Korea for 3 days from August 6 th , 2018.

It was attended by many bishops, pastors, and believers from 25 countries, and was broadcast live to the whole world through GCN (Global Christian Network) TV with the simultaneous interpretation in 10 languages including English, Chinese, Japanese, Russian, and Spanish.

The record-breaking temperatures hit the capital of South Korea and the country in 11 years since records began in 1907, but the venue of Manmin Summer Retreat experienced the optimum temperature by fresh wind. Those in attendance improved their love and trust in God who is with Manmin.

First night Speaker Rev. Dr. Soojin Lee, President of Pastors’ Association led the seminar entitled with ‘Spiritual Realm’ taken from John 4:24, and then conducted a divine healing meeting. When she prayed from the pulpit with the handkerchief Dr. Jaerock Lee had prayed on (Acts 19:11-12), powerful works of the Holy Spirit occurred in the name of Jesus Christ and the divine healing of lung cancer, neural damage due to epilepsy, atopic dermatitis, spinal tuberculosis, hemiplegia, speech impediment, ligament rupture, and many other mental diseases including schizophrenia and depression took place, and moreover the eyesight and hearing ability was recovered.

In addition, 28 deaf people from 6 countries attended this event and from among them 24 people had their ears opened or improved their hearing ability. Medical doctors of WCDN (World Christian Doctors Network) medically and scientifically confirmed those healing works on the spot.

The space-and-time-transcending works of the Holy Spirit happened to many people who were attending the event all over the world via GCN and the Internet. A woman who was watching this event in Spain via You tube was healed of dizziness, headache, and nausea, and many Indian people were healed of gait disturbance, kidney stone, and pains and sent their healing testimonies.

In the morning of second day there was athletic meet in which four teams competed in love of the Lord: first great parish team, second great parish team, third great parish team, and branch churches’ team. They competed in the six different kinds of games to win 18 golden medals in total. The event was held from 9 am until noon, but they enjoyed the event fully because clouds blinded the scorching sun, fresh breeze continually blew, and the best temperature was given. All the people in attendance from home and abroad became united in the Lord. 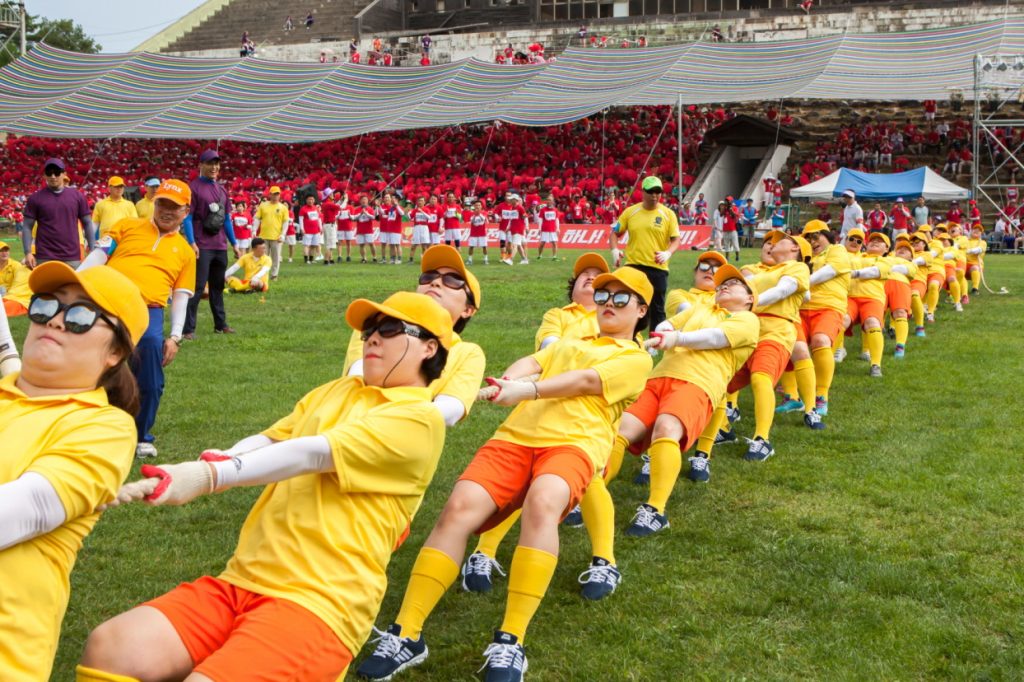 Second night Pastor Soojin Lee led the Campfire Praise and Worship in which she and all the members gave God the fragrance of praise filled with the heart of goodness and love.

Manmin Central Church has been doing the ministry of Jesus Christ in 36 years since it was
founded in 1982, and also praying for the country and its people, and making all its efforts in evangelizing the nation and the world, and thus the church is doing its best for the salvation of countless souls in this end time of the world along with its 11,000 branch and associative churches.