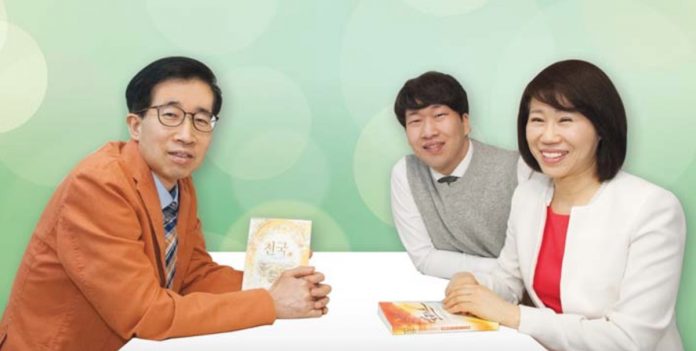 At 11:20p.m. on December 9, 2017, my neck felt stiff and my body lost strength. I called my wife, Senior Deaconess Keumhwa Lee. While I was telling her to help me, I lost consciousness and collapsed.

My wife and my son Subin came back home immediately from Daniel Prayer Meeting which is held from 9p.m. They said I was rushed to a university hospital by the ambulance. I was later told that two parts of my brain had cerebral hemorrhage and I couldn’t breathe by myself. There was no surgery possible for me. I was just about to die.

While the medical staff was administering aid, my Parish Pastor Dalcheon Lee came and prayed for me with the handkerchief on which Dr. Jaerock Lee had prayed (Acts 19:11-12). After the prayer, I recovered spontaneous breathing and had surgery.

It was not until 5a.m. on the following day that my surgery to stop bleeding was finished. But the doctor told my family that my cerebral aneurysm was dilated and burst twice due to subarachnoid hemorrhage and I should be put in the Intensive Care Unit. Then, the progress of my condition could be checked for the following 2 or 3 weeks. My wife and my parish pastor fasted and prayed for my salvation when I was unconscious.

On 10th, my wife and son sent a prayer request to Senior Pastor who was praying in the mountain prayer house. After that, I started to recover quickly. On the 13th, I came around and was moved to the intensive care unit from the critical care unit. On the 15th, I was moved to a general ward.

I later heard that on the afternoon Senior Pastor prayed for me with his hand on my picture. I heard that he prayed, saying in detail, “Let him have no after-effects and paralysis, and let him be cleansed perfectly.

Afterwards, whenever I had splitting headaches, my wife put earphones in my ears and let me listen to Senior Pastor’s sermon “The Message of the Cross”.

Then, the pain was soon gone. I began to recover very quickly. I was freed from headaches that I heard were unavoidable. Whenever I received the handkerchief prayer, I recovered more and more.

On January 12, 2018, I left hospital because I had no abnormal symptoms in my body.

I was more and more amazed as I thought it over. My doctor told me that I would have after-effects caused by the brain damage such as paralysis, but I haven’t had any after-effect and no paralysis has stricken me. I am perfectly normal. Hallelujah!

This incident made me born again both in spirit and body. I now keep the Lord’s Day and give a tithe. I received the Holy Spirit and came to speak in tongue by attending Men’s Mission’s meetings and prayer meetings. I felt so sorry to Senior Pastor who patiently waited for me and prayed for me although I had not kept the Lord’s Day and not stopped drinking alcohol and smoking for 25 years. I was so thankful to my family. After I tearfully repented, I was given peace and came to have a desire to repay the grace.

I give all thanks and glory to God who healed me of subarachnoid hemorrhage without any after-effects and blessed me to lead a new life. I extend my thanks to Senior Pastor who prayed for me. 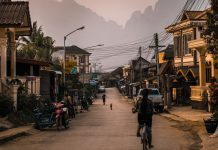