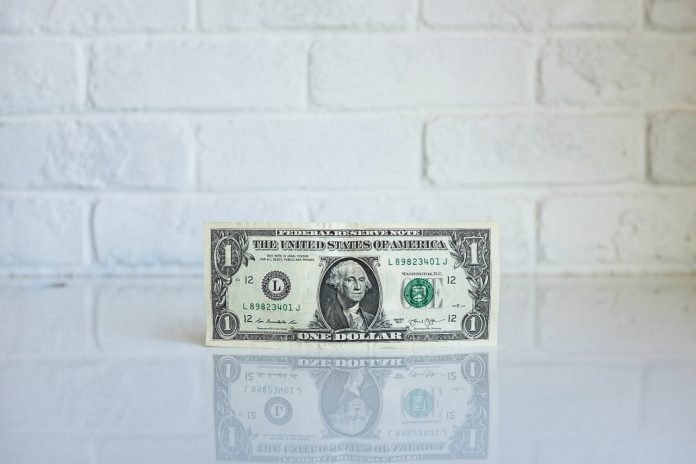 Becoming a millionaire is the biggest financial milestone for most. We work hard, build our careers, save, invest, and upgrade ourselves so that we can hit seven digits and gain the renown of taking on the title of “millionaire.” Only then will we be successful, secure, and happy. But does becoming a millionaire really promise all of that?

Growing up, my dad encouraged and trained us to become financially responsible. We were taught to save, work hard, and be wise with our finances. He also gave me a clear milestone— become a millionaire by the time I turn forty years old. But after hitting that milestone a lot earlier, I’ve learned a few more important things along the way.

But what happens after you hit that mark? Do you just sit on your laurels? Are you secure for the rest of your life? Will you be happy and successful? We hear the horror stories of millionaires who lose everything or, worse, gain more only to lose their relationships, mental health, and overall joy to the dangers of wealth.

But if you ask me if making a million is all you should do to be happy, wealthy, and successful, I have come to realize it’s not.

With all these stories, we realize that becoming rich isn’t what we think it’s made out to be. Don’t get me wrong. Having money is great! Let’s get real here. But if you ask me if making a million is all you should do to be happy, wealthy, and successful, I have come to realize it’s not. On top of learning how to become millionaires, there must also be other things we should learn. Here are a few lessons that every millionaire (or an aspiring one) should learn.

#1. Making a million is hard— Keeping it harder

Anyone can say that they earned their first million. Sleazy salespeople and those trying to sell you on a “get rich quick” scheme always say it. But what most of them really mean is that they’ve totaled ₱1 million in earnings over the course of a business or career. If you earn a million in two years, that’s ₱41,666.67 a month. In five years, you only need to make ₱16,667 a month. Anyone can do that.

But the true challenge isn’t in making a million. It’s keeping it and stewarding it well. There are a lot of people today who earn so much money but are broke. Why? Because their lifestyles don’t allow them to build their net worth. You can earn ₱100,000 but still be poor because you live a lifestyle that goes beyond that. Learning how to make money is just step one. You need to learn how to save, manage, invest, and grow that money too.

I’ll go ahead and say this upfront— there are too many rich people today who are extremely insecure. They base their worth on their net worth. As a direct result, they only feel important when people know they’re rich. So what do they do? They show off their wealth by buying luxuries to impress people. In the best of cases, it works. People get impressed. But in this scenario, people most often aren’t impressed by the person. They’re impressed by the money. There’s a very big difference.

You can have all the material wealth in the world but still not feel worthy. True worth comes from other things that money can’t buy— like character, faith, integrity, and empathy. Sadly, these are things that frequently go out the window when the people who shouldn’t become rich do.

#3. Contentment is the true gem

The apostle Paul once wrote this to his mentee, Timothy: “Now godliness with contentment is great gain.” If you really want to find true joy, it only comes when our hearts are already full before we even think about our money. The dangers of wealth become more real when the love of money becomes an issue. I remember a good friend illustrating it this way. The heart is a tank. It might be full today, but you’ll need to fill it up again at some point. So you’ll need a reliable source.

Money isn’t a reliable source. Markets fluctuate. Businessmen lose money. Economies are finite. A better source— I have found is true relationships. Primarily, a relationship with Jesus, who never fails to give you a sense of fulfillment. Secondarily, it’s in indisposable relationships such as family and true friends. Next, it’s in a healthy relationship with yourself— where you find true contentment in your gifts, passions, talents, and worth as a human being instead of how many digits your bank account or financial portfolio has. So even if I earned less, my heart would still be full.

If you’re sarcastic (like me), you would have probably thought, “if one million isn’t enough, then shoot for two!” Jokes aside, though, when is enough ever enough? Your income is one of the very few things in the world that has no limits. You could earn ₱100,000, ₱1,100,000, or even ₱1,000,000,000. But when will you ever say, “I have enough.” So much of this is because of the dangers of envy. We see someone’s smartphone, exotic car, vacation, watch, or handbag, and say, “I need that,” without asking ourselves if there’s any personal bearing to that at all. You scroll past that photo on Instagram of a Forex trader or drop shipper drinking champagne on a private jet (which probably is fake) and think, “that’s what will make me happy.” Consequently, people lose a grasp of who they really are.

More might not always be the case. It’s important to know what purpose you want to fulfill first before even thinking about how much money you want to make. The purpose will determine the provision. Money is just a tool for fulfilling a purpose. There’s no point in having all the fuel in the world if you don’t have a destination in mind. When we know where we’re going and what it will take to get there, the journey will start to make more sense.

Now, that’s not to say that money means nothing. I don’t want to be the “privileged millionaire” that belittles the struggles of those who struggle financially. Earning your million is a great experience. I would be lying if I said I didn’t feel proud of our accomplishment after Ces and I reached that milestone together. But becoming rich shouldn’t be the goal. It’s a stepping stone to achieving more important things— giving your family a good life, becoming a philanthropist, or whatever good you want to do with your wealth. In many cases, it will also just be a by-product— the result of building great products and services or doing great work in your company.

Earning your first million is a great milestone but something that could actually do more harm than good when it creates tunnel vision for us. Being a millionaire of good character, with great relationships and a content heart, is a much better goal. In fact, you could even just focus on all the latter goals and make the financial one a great bonus.