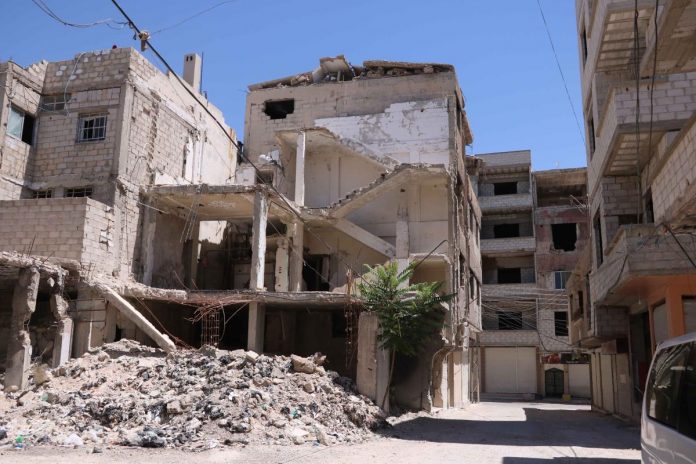 In a joint letter to President Joe Biden, the World Council of Churches (WCC) and ACT Alliance urged that he find ways in which the intended purposes of sanctions can be pursued without harm being inflicted on ordinary Syrians.

“As the ecumenical movement, we are providing humanitarian and spiritual support to Syrians in facing these challenges,” reads the letter. “But we are seeing a continuing outflow of young people migrating to look for a better future abroad, a tide that improved conditions in the country could help turn around.”

Churches and ACT members in Syria have developed institutions that specialize in humanitarian relief and development, and that serve all people without discrimination. “In addition to schools, medical and health facilities, and community centres, psycho-social services are provided, and small businesses supported,” reads the letter. “However, the humanitarian relief and development efforts are insufficient to counterbalance the widespread suffering caused by international sanctions.”

Though intended to target those in power, such sanctions are in fact having an adverse effect on the basic livelihoods and humanitarian situation of the Syrian population as a whole, especially the poorest and most vulnerable, the letter notes.

“We understand that international sanctions are political and economic instruments against states, organizations and individuals in order to promote respect for international law and human rights, and to respond to threats to international peace and security,” reads the letter. “However, based on the testimonies we have heard and our own observations, we have not seen evidence of the current sanctions achieving these purposes, but rather of them doing harm to the Syrian people.”

The sanctions are severely limiting medicines, building supplies, and other necessities from reaching Syrian civilians, especially the poorest and most marginalized groups, without apparently affecting politicians and those in power, notes the text.

“We believe that there must be other ways to address the purposes for which the current sanctions against Syria were imposed, without affecting ordinary people who simply want to live in dignity and security,” concludes the letter. “We therefore appeal to you to find ways in which the intended purposes of these sanctions can be pursued without such harm being inflicted on ordinary Syrians, and so that their lives, wellbeing and human dignity are not sacrificed to political purposes.”