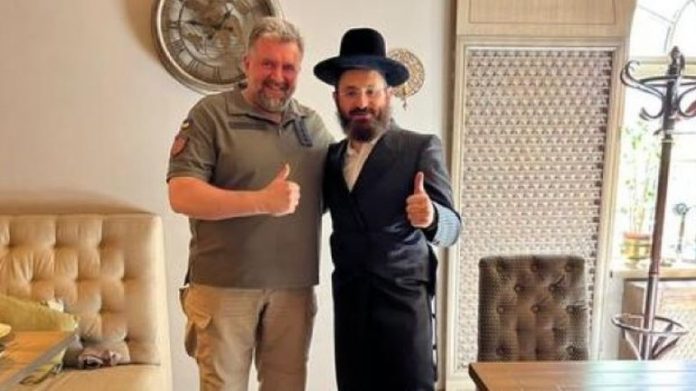 Rabbi Hillel Cohen was a volunteer before his appointment, delivering humanitarian and military supplies to soldiers. Now he will provide spiritual guidance to about 1 thousand Jews who serve in the Armed Forces of Ukraine.

The Armed Forces of Ukraine have officially introduced the post of chief army rabbi to raise the morale of soldiers. This is reported by the Israeli newspaper Ynet, according to “Focus”.

On weekdays, he delivers help to soldiers to the front, and on weekends he performs spiritual duties.

Cohen, according to the publication, makes yarmulkes (a traditional Jewish men’s headdress — ed.) with the inscription “Jews protect Ukraine”.

“While I was helping rescue Jewish refugees in Ukraine, I received requests from Israelis and Ukrainians for military assistance. An Israeli’s brother was drafted into the army. I helped him secure a helmet and vest from Israel. I bought 20 helmets and 20 bulletproof vests from a friend and gave them to a group of Jewish soldiers who were training in Kyiv,” Cohen has told about his activities.

Cohen says that no one supports him financially. The rabbi is married and has 9 children who left Ukraine 2 days before the start of a full-scale Russian invasion.

“War is not a time for profound Jewish literature. It is a time for reading prayers that can raise the spirit of the troops,” he said.

According to the publication, there are about 1 thousand Jews in the Ukrainian army.