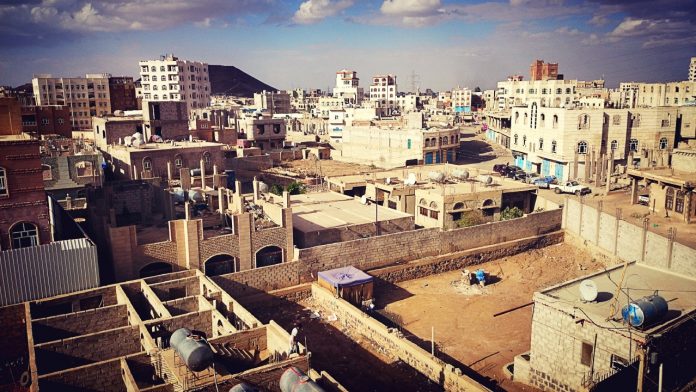 A web of war

While the world is focused on the Russian incursion into Ukraine, little attention has been given to the intensifying war in the Middle East, where Yemen has been embroiled in a lengthy ongoing civil war since 2014.  Initially, fighting began between the Houthis, an armed rebel movement, and Al-Islah, Yemen’s main Sunni radical Islamic party. In 2015, the conflict expanded as Yemen became center stage for regional military engagement of Saudi Arabia, UAE, and their allies in support of the Sunni-led government of President Rabbu Mansur Hadi against the Shiite Houthis, whom they view as Iran’s proxy. The Houthis, also called Ansar Allah (Supporters of God), are a large Zaidi Shiite minority who adhere to strict Sharia law and control most northwestern Yemen with allegiances of various clans and tribes. Iran has been accused of supplying weapons to Ansar Allah forces, in violation to the UN arms embargo.

2022 has seen a dramatic escalation in military operations in Yemen and the surrounding region.   A Saudi-led coalition has continued to pound regions of Yemen with multiple airstrikes in retaliation to missile and drone attacks on UAE and Saudi territory from Houthi forces. According to a UN Human Rights Council report earlier this year, the rate of airstrikes had doubled to over the roughly 600 strikes per month in 2021. Houthi attacks on Saudi and UAE territories have increased proportionately, with ballistic missiles and drones hitting key targets including energy and oil refineries. Needed infrastructure, such as water desalination plants, have also been targets. Both sides are accused by the UN of committing international war crimes. As articulated in a report from the International Crisis Group, [a]s Yemen’s war intersects with and fuels regional tensions, it is also becoming more internally complex and harder to resolve.”

The following diagram illustrates various groups’ control over geographic areas in Yemen. In April 2022, the newly formed Presidential Leadership Council brought together government, anti-Houthi and STC forces in a unified coalition against the Houthi.

According to the Freedom House 2022 report, “Yemen has no functioning central government with full control over its territory, and any state institutions that continue to operate are controlled by unelected officials and armed groups. The Hadi government is largely dependent on its foreign patrons, particularly Saudi Arabia and the UAE, which also have parallel relationships with other anti-Houthi groups. The Houthis receive at least some support from Iran.”

The existing fragile power-sharing government was formed in December, 2020 by anti-Houthi factions including Hadi’s General People’s Congress (GPC), the Southern Transitional Council (STC), the Islamist party Al-Islah, and various other parties supported by the Saudi’s and UAE. Hadi loyalists retained control of the most powerful ministries, although Hadi has been in exile. The Houthis and aligned clans continue to control the northwestern regions.

In a press release issued April 7, 2022, exiled President Hadi announced he was stepping down and transferring his powers to a seven member Presidential Leadership Council, a move enthusiastically supported by both Saudi Arabia and the United Arab Emirates. This move came early in a UN negotiated two-month cease fire and aimed to unify anti-Houthi factions. The international community then recognized the Council as Yemen’s official government, though the Houthis still control a large region of the country.

On May 17, US Secretary of State Antony Blinken met with Yemeni Foreign Minister Ahmed bin Mubarak of the newly formed Presidential Leadership Council. Blinken expressed the US commitment to support ending the conflict and related humanitarian crisis. He acknowledged appreciation for the Council’s more inclusive representation and efforts to improve basic living conditions and economic stability for Yemenis.

The human cost and humanitarian crisis

Given the lack of a functioning government with no stable civic infrastructure in place, human suffering from violence has been compounded by lack of trade and aid and access to necessities, such as food, water, health care, and energy.  It is estimated that nearly 80 percent of the population, more than 24 million people, need humanitarian assistance, more than any other single country today. Contested areas, such as the city of Taiz, Yemen’s third largest city, are bearing the brunt of humanitarian hardship. Hundreds of thousands of people are cut off and suffering under siege-like conditions. To help mitigate the crisis, the U.S. government provided more than $630 million in humanitarian assistance to Yemen in fiscal year 2020. (US report).

The UN High Commissioner for Refugees (UNHCR) along with the Internal Organization for Migration issued a joint report stating that the ongoing conflict in Yemen has displaced 3,154,572 people, of which 2,205,102 remain displaced internally and 949,470 have returned home. (Numbers are best estimates based on available data). The cost of life has been high, with an estimated 377,000 people killed through direct and indirect causes. Over 150,000, including tens of thousands of civilians, have been killed in fighting; many others have died of hunger and disease in the humanitarian crisis caused by the war. According to the UN, since the war began seven years ago, more than 10,200 children have been killed or injured, although they speculate the actual number is much higher.

According to the latest United Nations data calibrated by the Worldometer, the current population of Yemen is 31,056,210 as of May 2022. 99 percent of Yemenis are Muslim, one third of whom are Shiite with the remaining two thirds identifying as Sunni. Less than one percent of the population are Christian, an estimated 40,000, although it may be far fewer as many have fled due to the violence. Most Yemeni Christians are Ethiopian and Russian Orthodox, with the remainder identifying as Catholic and Protestant.

Most Christians are coverts from Islam and must practice their faith in secret, meeting in small groups in homes or outdoors. Whereas Yemen is an Islamic country with apostasy and blasphemy laws in place, Christians are subject to a wide range of persecution, including exclusion of family and social life, loss of employment, physical and mental abuse, imprisonment, rape, forced marriages, and death. The degree and source of persecution varies between regions. Tribalism is strong and often the most severe persecution comes from one’s tribe or clan. In the northwestern third where Shiite Houthis exert authority, Christians are at the greatest risk due to strict adherence to Sharia law and heavy policing. In addition, those living in the south where there is a strong al-Queda presence also are at high risk.

On the 2022 Open Doors World Watch List, Yemen rose from a ranking of 7th to 5th of the top fifty countries where persecution occurs. This designation resulted from escalating violence over the past year compounded by the COVID-19 pandemic. Christians have been denied access to emergency humanitarian and medical aid, which typically is distributed by local Muslim leaders and mosques. Without necessary goods and services, their circumstances are especially dire. Due to the warring factions, lawlessness, and government dysfunction, Christians and other minorities are increasingly targeted with little hope of protection and justice.

Despite extreme hardship, persecution and threat of death, there is some encouraging news. According to the advocacy organization, Voice of the Martyrs, a small but steadily growing number of new converts are coming to Christ. Whereas it is extremely dangerous to be identified as a Christian, access to the Bible and other Christian resources online and through Christian media have been key to spreading the gospel and discipleship. [23] We pray for more Yemenis to hear the gospel and come to Christ. We also pray for the protection and provision of all Christians in Yemen. May they know that they are not forgotten.

Disclaimer: The views and opinions expressed in this article are those of the authors and do not necessarily reflect the official policy or position of International Christian Concern or any of its affiliates.

Dr. Burkle retired from The Salvation Army in early 2019 where she oversaw an array of social services in a multi-state region. Along with the State Attorney General, Burkle Co-Chaired the Nebraska Human Trafficking Task Force. Dr. Burkle holds a doctoral degree in international relations. Dr. Burkle has worked with persecuted peoples in a number of countries, and her dissertation focused on religious persecution; specifically regarding Iran, Iraq, Sudan, China, and Burma (Myanmar). Dr. Burkle resides in Omaha, Nebraska. She has three grown children and eight grandchildren.