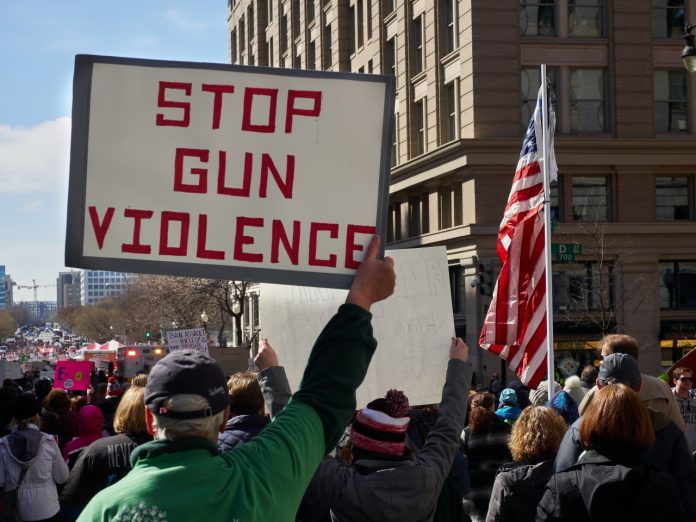 Whether the problem is mass shootings, back pain or water in the basement, all resolutions depend on an accurate diagnosis. If the diagnosis is right it doesn’t guarantee a resolution, but if it is wrong, it guarantees there won’t be one.

The ruling class, especially the media, are consumed with race and guns in America, yet the mass shootings in Uvalde, Texas and Buffalo, like those in Dayton and El Paso in 2019, have little to do with either. It is not as though there aren’t some common causes, threads of behavior that link all mass shootings. There are. But the media are looking in all the wrong places, thus providing the wrong diagnosis. This, in turn, ensures the wrong remedies.
There are five major reasons why we have mass shootings: the killer is  asocial; he comes from a seriously dysfunctional family; he has mental issues; he is fascinated by violence; and red flags were ignored by almost everyone.

Salvador Ramos is the mass shooter from Uvalde. His boss at Wendy’s where he worked said of him, “He felt like the quiet type, the one who doesn’t say much. He really didn’t socialize with employees.” His loner status was exacerbated by his heavy social media use.

One of Ramos’ friends said, “he’d cut up his face with knives over and over and over.” When he asked why he did that, Ramos said he did it for fun. He was also known for shooting people with his BB gun—random people. He said he wanted to join the Marines because then he could kill people.
Payton Gendron is the Buffalo mass shooter.

According to an AP story, “he had long been viewed by classmates as a loner.” “Most people didn’t associate with him,” said one of his peers. “They didn’t want to be known as friends with a kid who was socially awkward and nerdy.” This contributed to his isolation. “He talked about how he didn’t like school because he didn’t have friends. He would say he was lonely.” The way he dressed didn’t help: he was known to wear a hazmat suit to class (the whole-body garment worn to protect against hazardous materials).

Gendron loved violence. He described how he killed a cat who had invaded the space of his own cat, stabbing it with a knife. “It bled from the mouth….I was able to grab the cat’s tail and wind up and smack the cat’s head on the concrete ground. I did that a few times and when it went limp I grabber [sic] a hatchet and swung at its neck—20 times until it came off.”

Classmates, according to the AP, said Gendron had “a fascination with guns.” He often went target shooting by himself and contemplated what he said would be a “murder-suicide.”

Patrick Wood Crusius was the mass shooter from El Paso. He sat alone in the school bus. “He wouldn’t talk to people,” said one of his neighbors. “No one really knew him.”

His father suffered from drug and alcohol addiction for nearly 40 years, tearing up both of his marriages. Crusius suffered from lifelong neurological and mental disabilities and spent most of his time in school in special education. He was fascinated by far right-wing extremism.

Connor Betts was the Dayton mass shooter. One of his bandmates called him a “loner.” Another peer said he was a quiet kid who kept to himself. Of the nine people whom he killed, one was his sister. His parents showed how dysfunctional they were when they issued a highly inappropriate obituary lauding him in the most glowing terms without saying a word about his victims, including their daughter.

The police said he had a “history of obsession with violent ideations with mass shootings and expressed a desire to commit a mass shooting;” he carried a “hit list” of classmates.  He was fascinated with far left-wing extremism; he was a fan of Antifa.

There is plenty of social science evidence indicating that troubled students offer many signs—indeed red flags—that should merit attention. They rarely do. While there is a lot of blame to go around, there are policies and laws that contribute to this reticence.

Experts on the workplace report that employees do not report misconduct because they fear they will lose their job or will be otherwise sanctioned by their boss. There are laws, such as those in New York City, that make public the name and address of crime victims, thus deterring them from coming forth, fearing retaliation.

We need to encourage people to come forward and to act on red flags. We also need to get to these young men early on and not pretend that they are simply eccentric. Most of all, we need policies and laws that strengthen the family, paying special attention to the needs of young men.