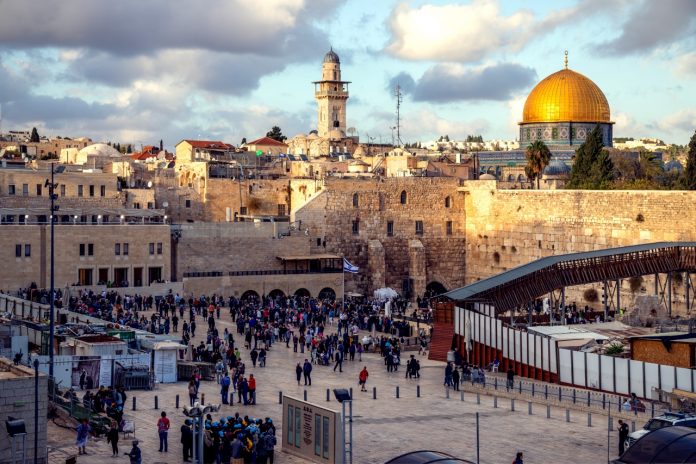 Recent events in Palestine and Israel have, tragically, once again underscored the critical need for a just peace in the region, for both Palestinians and Israelis, said World Council of Churches acting general secretary Rev. Prof. Dr Ioan Sauca.

“The World Council of Churches calls for an independent international investigation of the killing of Palestinian-American journalist Shireen Abu Akleh on 11 May, given the grave implications of this event,” said Sauca. “Those responsible for Abu Akleh’s death must be held accountable to the full extent of the law.”

Sauca also urged US President Joe Biden to address this issue with Israeli officials during his forthcoming visit to Israel in June 2022, in order to promote accountability and to prevent such violations from occurring in the future.

“No fewer than 86 Palestinian journalists have been killed since 1967, the year in which Israel occupied the West Bank and Gaza – with 50 of them having been killed since 2000,” said Sauca. “Ms Abu Akleh had reported on events in Palestine and Israel since 1997, and had earned respect among viewers worldwide.”

The killing caused shock and grief among many around the world who admired her, added Sauca. “To them we convey our sincere condolences and prayers, as well as to her immediate family,” he said. “Meanwhile, on 4 May the High Court of Israel dismissed an appeal by Palestinian residents of Masafer Yatta, in the southern part of the West Bank, enabling the government to expel residents from a large area that had been declared an army firing zone.”

Sauca said this decision threatens the forcible transfer of up to 1,200 Palestinians from their homes in the area, in which they have lived for decades.

“On 11 May, the Israeli Civil Administration razed 19 structures in Masafer Yatta, the first such demolition since the High Court decision,” Sauca noted. “Nine of the structures were family homes, and the rest were used for storage and for housing sheep.”

International law prohibits an occupying power from forcibly transferring members of an occupied population from their existing communities against their will, Sauca further noted.

“The World Council of Churches calls on the government and authorities of Israel, and all people of good will, to take action to stop the forced displacement of Palestinians from their land and homes in Masafer Yatta, and for the army firing zone – the pretext for these demolitions and evictions – to be removed rather than the indigenous population of the area,” Sauca said. “Injustice can never be a foundation for a secure peace.”