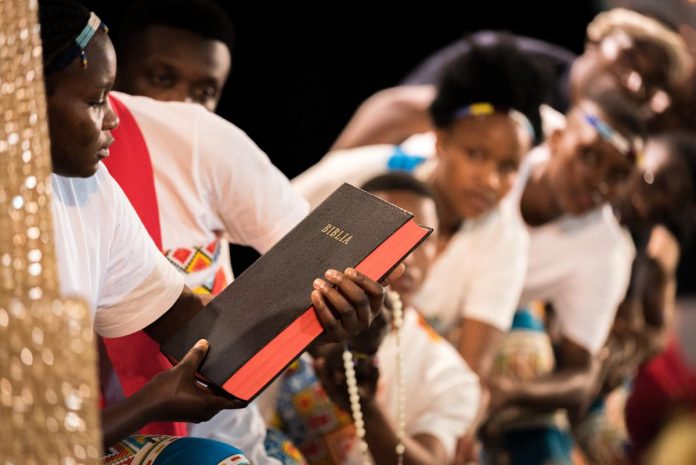 A World Council of Churches webinar, held on the UN International Day of Remembrance of the Victims of Slavery and the Transatlantic Slave Trade on 25 March, offered prayers for the victims of slavery and stories of courage from descendants.

Dr. Masiiwa Gunda, WCC programme executive for Overcoming Racism, Racial Discrimination and Xenophobia, opened the webinar with a prayer to a merciful God who heard the cries of the enslaved Africans. “We remember this day the souls—the millions who died along the way as they were being transported across the Atlantic,” he prayed. “We remember in prayer those who survived and who, in spite of the horrors of enslavement, survived.”

That prayerful tone held throughout the two-hour webinar, which focused on the theme “Community, church, state, and economics of enslavement views from across the Atlantic.”

WCC deputy general secretary Prof. Dr Isabel Apawo Phiri opened the webinar with reflections on how the webinar is part of the WCC’s ongoing work in combating racism.

“As we are all aware, central to the institution of the transatlantic slave trade was commerce but also racism that made that slavery look doable and right,” she said. “We want to use this day to start a conversation bringing together voices from across the Atlantic.”

Phiri highlighted why commemorating the UN International Day of Remembrance of the Victims of Slavery and the Transatlantic Slave Trade is important to the WCC.

“The WCC has joined the commemoration of this day because racism has been our concern since the WCC was established in 1948,” she said. “The establishment of a transversal to overcome racism starting 1 July 2021 is WCC’s recent effort to coordinate the work on racism,” Phiri explained. “This online event is one of the webinars we will be organizing on the way to the WCC 11th Assembly in Karlsruhe, Germany.”

Rev. Dr Karen Georgia Thompson, associate general minister for Wider Church Ministries and Operations, co-executive for Global Ministries, said that the transatlantic slave trade has long been noted in films and books—but that the discussion needs to be ongoing.

Marilia Schuller, former WCC Programme to Combat Racism staff member, said she was particularly moved by the prayer which opened the webinar because it is important to remember those who died in the transatlantic slave trade. “The transatlantic slave trade crossing was called the“middle passage,” she noted. “Many have named it as floating tombs. Our words repent that many, many died on the crossing of the Atlantic.”