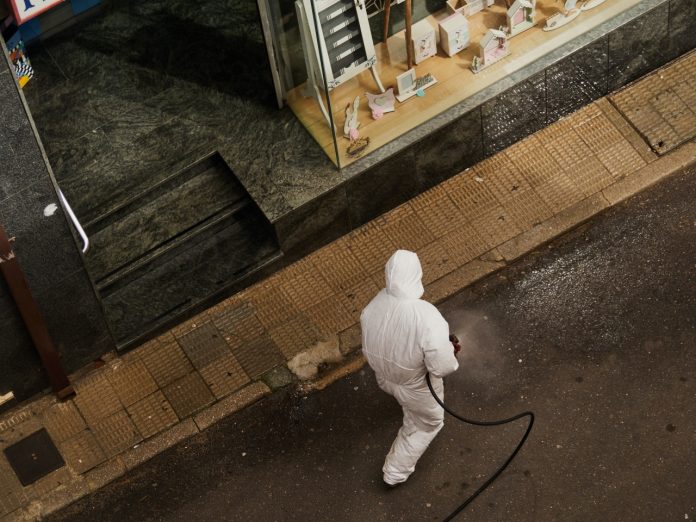 After his Angelus address on Sunday, Pope Francis remarked that it was the second anniversary of his offering an Urbi et Orbi blessing shortly early in the coronavirus pandemic.

“Precisely two years ago, in this piazza, we lifted up our plea for the end of the pandemic,” he said March 27 in St. Peter’s Square.

“Today, we have done so for an end to the war in Ukraine. At the Square’s entrances, you will be given a book as a gift, produced by the Vatican Covid-19 Commission with the Dicastery for Communication. It is an invitation to pray without fear during moments of difficulty, always having faith in the Lord.”

Some 10,000 copies of the book, commemorating the extraordinary Urbi et Orbi two years ago, were distributed to the pilgrims in the piazza.

The pope had held a holy hour of Eucharistic adoration followed by an Urbi et Orbi blessing before an empty and rain-covered St. Peter’s Square March 27, 2020.

The holy hour included a reading from the Gospel and a meditation by Pope Francis, who spoke about faith and trust in God during a time when people fear for their lives, as did the disciples when their boat was caught in a violent storm.

Embracing Christ’s cross, he said, “means finding the courage to embrace all the hardships of the present time.”

“Embracing the Lord in order to embrace hope: that is the strength of faith, which frees us from fear and gives us hope,” the pope stated.

Present during the holy hour was a miraculous crucifix which the pope visited had visited earlier in March 2020 to pray for an end to the pandemic.

The crucifix, which usually hangs in San Marcello al Corso, was venerated as miraculous by Romans after it was the only religious image to survive unscathed from a fire that completely gutted the church on May 23, 1519.

An icon of Mary as Salus Populi Romani was also brought to the square for veneration during the prayer.

At the conclusion of the prayer, Pope Francis gave an extraordinary Urbi et Orbi blessing, and gave benediction with the Blessed Sacrament while the bells of the basilica rang.

In his meditation, Pope Francis entrusted everyone to the Lord through the intercession of the Blessed Virgin Mary, “from this colonnade that embraces Rome and the whole world.”