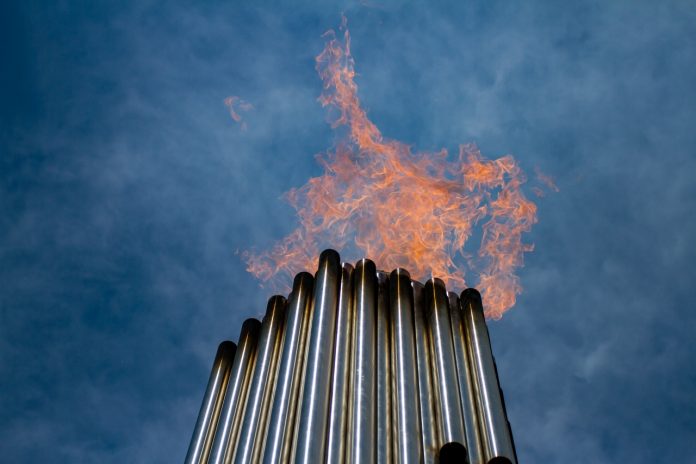 Over 240 human rights organisations have called for action on human rights in China ahead of the Beijing Winter Olympics, scheduled to take place from 4 to 20 February.

In a statement issued at 12am (GMT) on 28 January, signatories, including CSW, stated that the 2022 Olympics will open “amid atrocity crimes and other grave human rights violations by the Chinese government”, and called for governments to join a diplomatic boycott of the Games, also urging athletes and sponsors not to legitimise government abuses.

The statement draws attention to mass abuses against Uyghurs, Tibetans, ethnic groups, and religious believers from all independent faith groups, as well as persecution of human rights activists, feminists, lawyers, journalists and others.

It highlights widespread human rights violations which have been documented since the Chinese government was awarded the 2022 Winter Games in 2015. These include the arbitrary detention, torture, and forced labour of millions of Uyghurs and other Turkic groups in the Xinjiang Uyghur Autonomous Region; a crackdown on democracy and rule of law in Hong Kong; intrusive high-tech surveillance used to track and unjustly prosecute peaceful conduct; violations of the freedoms of expression, association and peaceful assembly; and the arbitrary detention, torture and forcible disappearance of human rights defenders, including lawyer Gao Zhisheng.

The statement also calls on corporate sponsors of the Games to disclose their human rights due diligence strategies or explain their failure to carry out such assessments, and encourages spectators around the world to educate themselves about the human rights situation in China.

The statement is the latest in a series of efforts by human rights groups to draw attention to the widespread human rights violations taking place in China ahead of the Winter Olympics. The International Campaign for Tibet has urged US broadcaster NBC to report on China’s human rights abuses in Tibet as part of its coverage of the Games. In an open letter, ICT suggests stories NBC could cover during the Games to spotlight Tibet, including the demolition of a 99-foot-tall Buddha statue, another smaller statue and 45 Buddhist prayer wheels, and the detention of six Tibetan monks in Sichuan province.

China Aid Association and other organisations also organised a “Protest for Freedom” on 27 January to call on the Chinese government to release Guo Feixiong, a human rights activist, and call for a boycott of the Olympics. Guo Feixiong’s wife, Zhang Qing, died of a terminal illness on 10 January 2022. The Chinese government had disappeared Guo after refusing to allow him to visit his wife in the US before she passed away. He was formally arrested on 12 January, amidst calls for him to be allowed to attend his wife’s funeral.

In a similar case, prominent rights lawyer Tang Jitian has been banned from leaving China to visit his daughter, who is on life support, in Japan. He has been disappeared after he planned to attend an event linked to Human Rights Day at the EU representative office in Beijing on 10 December 2021.

On 20 January, the European Parliament adopted a resolution condemning “in the strongest terms the deterioration of human rights in Hong Kong”, urging the Hong Kong government to release all political prisoners and to repeal the National Security Law. The resolution also asks for “a diplomatic and political boycott of the Beijing 2022 Winter Olympics”.

CSW’s Founder President Mervyn Thomas said: “CSW welcomes calls for action on human rights ahead of the Beijing Winter Olympics in February. These Games are taking place during a period of intense repression of fundamental human rights in the Uyghur Region, Tibet, Hong Kong, and even the very city where the Games will take place. Across China, human rights lawyers have been disbarred, banned from leaving the country, detained and tortured, and Christians and other religious communities are facing unprecedented restrictions on their online religious activities even as their physical meeting spaces are shut down. This is not a moment for celebration but a time for outrage and action in the face of these violations. We join calls for governments, corporate sponsors and spectators to not only ensure they are not complicit in these abuses and the propaganda used to cover them up, but to take robust action to stand with human rights defenders, victims and survivors.”