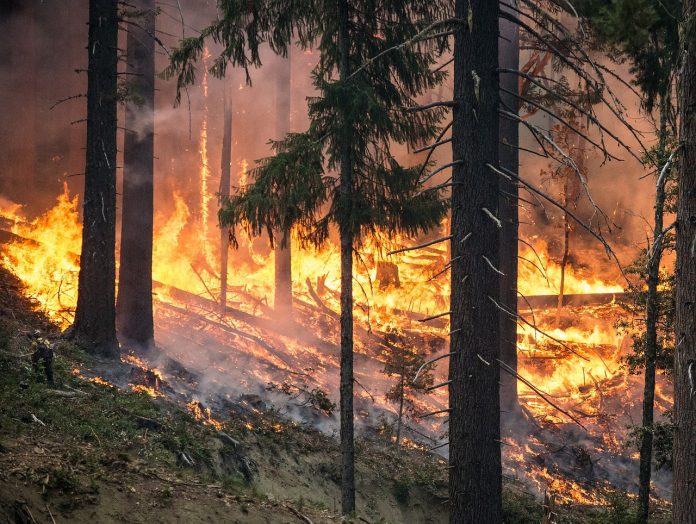 As Bob and Tina McLaren fled the Superior, Colorado neighborhood they had called home since 1992, Tina looked back and saw flames at the end of their street.

As the Catholic couple, their daughter and two grandchildren made their way to safety, driving through clouds of ash and smoke, Tina hoped against hope that maybe, just maybe, their house would be spared.

But a few days later, after the authorities permitted them to return, their fears were confirmed. Their house was ash.

And yet, amid the rubble, two concrete statues of Mary that had stood on their property remained.

A statue of St. Jude, who holds special significance for the family, also survived. Bob said when they were first building their house, their original plan for financing the build fell through. He said he credits the intercession of St. Jude — the patron of impossible causes— with helping them get a new financing plan to build their family home.

The McLarens, like nearly 1,000 of their neighbors, lost their home in the Marshall Fire, a fast-moving wildfire that consumed hundreds of buildings and businesses in Boulder County, Colorado during the last days of 2021. The towns of Louisville and Superior, roughly halfway between the larger cities of Denver and Boulder, were hardest hit.

At least one person is confirmed dead as a result of the fires, the most destructive in state history. The initial cause of the fire, which spread rapidly due to high winds and an exceptional drought, remains under investigation.

The McLarens are currently staying with relatives in Northglenn, Colorado. Bob says they built their Superior home in 1992 and raised their four daughters there— there are “many hearts broken by its loss,” he said.

Despite the tragedy, the family has been able to find some respite from their local Catholic parish, which set up a donation center to help those in need in the wake of the fire.

The McClarens have been active parishioners at St. Louis Catholic Church in Louisville for nearly 40 years. Tina said they have received a tremendous amount of help from their local faith community; they’ve been almost overwhelmed by donations of basic necessities like clothes, she said.

And while the monetary and material donations are “incredible,” Tina said the prayers they have received have been even more so. She said old friends that they haven’t spoken to in years, some that they never thought they would hear from again, have reached out to ask how they’re doing, and to offer prayers.

Tina said many family members, some of whom have fallen away from the Catholic faith, have also reached out to offer prayers.

Colorado’s housing market, spurred by years of high demand as well as by the pandemic, was extremely tight even before the fire displaced 1,000 or so families. Bob says they plan to stay in Superior, in the community they have come to love so much. In the meantime, the family is looking for temporary housing.

Tina describes herself as a giving person by nature, but she said being on the receiving end of such an outpouring of support from her fellow Catholics has been an extremely humbling experience.

She also noted that despite the terrifying ordeal and the loss of their home, the love and memories associated with their happy home of 30 years “can’t be burned up.”

She also said she has seen God’s hand working amid the chaos.

“No matter how bad the situation is, there’s always good. He’s promised that something better will come from something bad that you’re going through,” Tina said.