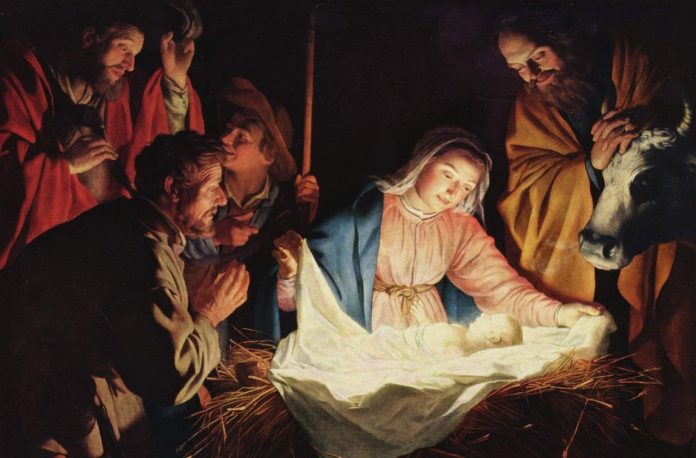 A good way to get out of a cycle of self-pity or a negative mood is to help others, following the example of the Virgin Mary, who went to help her pregnant cousin Elizabeth, Pope Francis said on Sunday.

“Let us learn from Our Lady this way of reacting: to get up, especially when difficulties threaten to crush us. To arise, so as not to get bogged down in problems, sinking into self-pity and a sadness that paralyzes,” he said Dec. 19.

“But why get up?” he asked. “Because God is great and is ready to lift us up if we reach out to him. “So let us cast away the negative thoughts, the fears that block every impulse and prevent us from moving forward. And then let’s do as Mary did: let’s look around and look for someone to whom we can be of help.”

During his weekly address and Angelus prayer, the pope reflected on the day’s Gospel reading, in which Mary, who just received the news that she is pregnant with the Son of God, sets out “in haste” to see her older cousin Elizabeth, who she has heard is also pregnant.

“She arose and went,” Francis said. “In the last stretch of the journey of Advent, let us be guided by these two verbs. To arise and to go in haste: these are the two movements that Mary made and that she invites us also to make as Christmas approaches.”

The pope encouraged people to do a small kindness for someone else, such as calling an elderly person, or giving them a little company. “By helping others, we help ourselves to rise up from difficulties,” he said.

Pope Francis also emphasized the Gospel’s words that Mary went “in haste” to her cousin Elizabeth, explaining that this does not mean acting “with agitation, in a hurried manner.”

“Instead it means conducting our days with a joyful step, looking ahead with confidence, without dragging our feet, as slaves to complaints, always looking for someone to blame,” he stated.

Explaining that Mary’s journey to Elizabeth’s house was made with a heart full of God and his joy, he encouraged people to ask themselves how they are moving through life.

“Am I proactive or do I linger in melancholy? Do I move forward with hope or do I stop and feel sorry for myself?” he said.

“If we proceed with the tired step of grumbling and talking, we will not bring God to anyone,” he continued. “Instead, it does great good to cultivate a healthy sense of humor, as did, for example, Saint Thomas More or Saint Philip Neri. We can also ask for this grace, the grace of a healthy humor: it does so much good.”

The pope also recalled the importance of greeting the people we encounter with a smile.

“Let us not forget that the first act of charity we can do for our neighbor is to offer him a serene and smiling face. It is to bring them the joy of Jesus, as Mary did with Elizabeth,” he said.

“May the Mother of God take us by the hand, and may she help us to arise and to go in haste towards Christmas,” he concluded.

After praying the Angelus, a traditional Marian prayer, Pope Francis expressed his sorrow and closeness to the people of the Philippines, who were struck by a devastating storm on Dec. 16.

More than 100 people are believed to be dead after Super Typhoon Rai, with winds around 120 miles per hour, hit the south-eastern islands, destroying homes, schools, and hospitals.

“I express my closeness to the people of the Philippines hit by a strong typhoon, which has destroyed many homes,” he said. “May the Santo Niño [de Cebú] bring consolation and hope to the families most in need; and may he inspire all of us to give concrete help. The first concrete help is prayer, and other aids.”