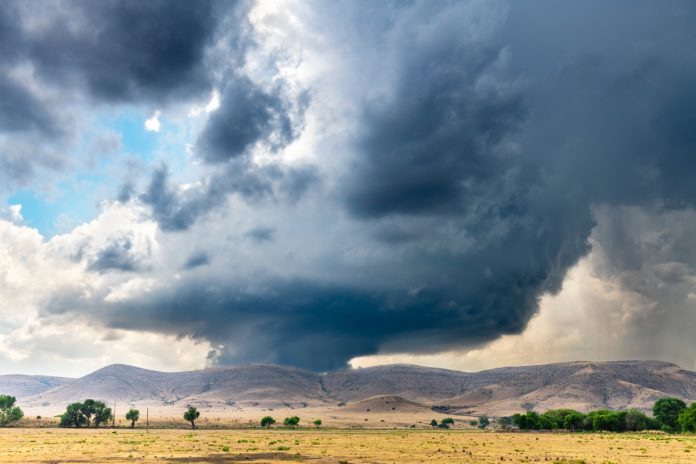 Pope Francis expressed his closeness on Sunday to the victims of tornadoes that struck at least six U.S. states, killing scores of people.

Speaking after his Angelus address on Dec. 12, he referred to the tornadoes that left a wake of destruction in Arkansas, Illinois, Kentucky, Mississippi, Missouri, and Tennessee late Friday and early Saturday.

“I also pray for the victims of the tornado that hit Kentucky and other areas of the United States of America,” he said.

The pope was speaking after two U.S. archbishops offered their condolences following the tornado outbreak that killed at least 70 people in Kentucky alone.

Archbishop José H. Gomez, president of the U.S. Conference of Catholic Bishops, and Archbishop Paul S. Coakley, chairman of the Committee on Domestic Justice and Human Development, urged Catholics to help those affected by supporting the work of Catholic Charities USA.

“It is heartbreaking to see the destruction and devastation brought by the tornadoes that tore through the South and Midwest overnight,” the archbishops of Los Angeles and Oklahoma City said in a Dec. 11 statement.

“May those who have been impacted by these storms find peace, comfort, and hope in our faith and in God’s endless love.”

A bishop in Kentucky asked for prayers on Dec. 11.

“Let us … unite in prayer as a Catholic community for all of the suffering that was caused by this disaster,” said Bishop William Medley of the Diocese of Owensboro.

The town of Mayfield, located in the diocese, was one of the hardest-hit communities. More than 100 people reportedly sought shelter in a local candle-making factory, and officials believe at least a dozen of them died.

Parishes in the Diocese of Owensboro will take up a special collection at Masses this weekend to support those affected or displaced by the storms.

Concluding their statement, Archbishop Gomez and Archbishop Coakley said: “We also pray for the emergency responders and those who have begun the work of providing for the needs of the impacted in these communities in the recovery efforts.”

“We entrust all our brothers and sisters in harm’s way to our Blessed Mother, and we ask for her continued protection and for her intercession in comforting those who are suffering.”