There were 145 recorded incidents of religious persecution against Christians in Hindu-majority India in the first half of 2021, including murders of pastors and attacks on churches, according to the Evangelical Fellowship of India (EFI).

The half-yearly report of the EFI’s Religious Liberty Commission (RLC), published in July, documents 22 cases in which churches or places of worship were attacked or forcibly deserted, and 20 instances in which Christian families living in rural areas faced ostracism or social boycott for refusing to give up their faith.

The EFI said violence against Christians stems from “an environment of targeted hate” sparked by a “sense of impunity generated in India’s administrative apparatus”. It said the second wave of Covid-19 seemed to have given the police “a ruse” not to register persecution cases.

The “most alarming development” has been the expansion and scope of Freedom of Religion Acts, known as anti-conversion laws. “The laws ostensibly punish forced or fraudulent religious conversions,” said the EFI. “But in practice, they are used to criminalise all conversions, especially in non-urban settings.”

Madhya Pradesh, which in early 2021 tightened its Freedom of Religion law dating from 1968, had the worst record for violence and discrimination against Christians, recording 30 cases between January and June this year.

In April a mob of religious radicals burst into a Christian’s home in Indore, Madhya Pradesh, where Pastor Manu Damor was leading five families in prayer. He called for police protection when the mob began beating down the door and tearing through the roof of the house. The pastor and his family were later charged under the state’s anti-conversion law. Pastor Manu’s wife was released after spending nine days in jail. Her husband remains in prison, according to the report.

In another instance in Madhya Pradesh, villagers in Mangadh decided in February that none of the local Christians were to be allowed access to drinking water or to walk on village roads. They fixed thick barbed wire around the public tube well to prevent Christian families from collecting water.

Uttar Pradesh, which introduced a Prohibition of Unlawful Conversion of Religion Ordinance in November 2020, continued to be “a dangerous place for Christians”, recording 22 cases. In February 2021, extremists vandalised a church in Barely, Uttar Pradesh, daubing “Jai Sri Ram” (victory to Lord Ram, a Hindu god also called Rama) on its walls and doors. Police initially blocked the pastor’s complaint, denying the incident had happened and only agreed to examine the matter after they saw pictures of the vandalism.

In one of the most brutal cases reported, a group of extremists barged into the home of Pastor Alok Rajhan in Odisha state in May and beat him so severely that he later died.

Christians in “state of shock and fear”

In February, a church youth leader and around 30 Christians were summoned by religious radicals to a meeting in Tezpur city in Assam state, where they were warned that, if they did not leave their Christian faith, they would lose their government jobs as cleaners and sweepers.

“The Christians are now in a state of shock and fear,” said the EFI. “Despite their best efforts to seek police intervention, no help has arrived.”

The EFI urged the Indian government to introduce national legislation against targeted and communal violence against Christians.

In a series of recommendations, it also called on state governments to repeal their “unconstitutional” Freedom of Religion laws that, it said, are being misused to “harass and create trouble for the religious minorities”.

Christians in India are increasingly the victims of “myths” and “false narratives” propagated by extremist organisations such as Rashtriya Swayamsevak Sangh (RSS) and Vishva Hindu Parishad (VHP), while churches have also been devastated by the highly infectious strain of Covid-19 which has overwhelmed India.

16 Hostages Knifed to Death by Jihadists in DR Congo

Report: 17 Christians killed every day in Nigeria in first half of 2021

Persecution August 19, 2021
08/15/2021 Malaysia (International Christian Concern) – In a recent public inquiry held by the Suhakam (the Human Rights Commission of Malaysia), it was... 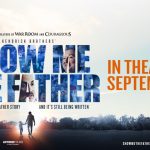 Movies August 19, 2021
Sony Pictures' AFFIRM Films and the Kendrick Brothers, in association with the Fatherhood CoMission, reveal the trailer for the filmmakers' first documentary,...

Life August 19, 2021
A girl abducted by Boko Haram from the Nigerian town of Chibok seven years ago has been reunited with her parents, raising hopes...
© Christian Telegraph | All Rights Reserved
MORE STORIES