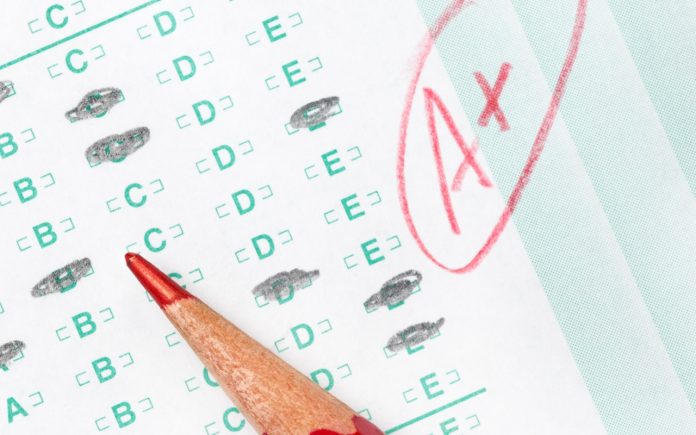 Catholic school students in grades 4 and 8 are outperforming their public school peers in math, reading, and science, according to two recently released reports from the National Assessment of Educational Progress.

“I’m not recalling the exact findings, but, of course, the private schools, the Catholic schools always score higher,” said Peggy Car, associate commissioner of the National Center for Education Statistics, in a press conference Tuesday. “It’s a matter of fact.”

“This test is taken in the inner-city schools as well as the suburban, the rich and the poor,” said Sister Dale. “It’s a tribute to our kids themselves that they do the work and take the test seriously.”

NAEP also measures historic trends in achievement for both public and private schools.

Between 2017 and 2019, there was a five-point decrease in the average reading score—from 283 to 278—for 8th grade Catholic school students. Public schools experienced a three-point decrease in reading during the same time period. In math, 8th graders dropped by one point—from 294 to 293—between 2017 and 2019, equal to their public school peers. The average score for science held steady at 167 in 2015 and 2019. Public school students also presented a steady science score at 153.

“To sum up, the falling [science] scores of 4th grade students should be a wake up call for the nation,” said Cary Sneider, former member of the National Assessment Governing Board, in a press conference Tuesday.

Sneider suggested additional time for science in the school day as well as professional learning opportunities for teachers as one way to combat the decrease.

When asked about potential impacts of the pandemic during Tuesday’s press conference, James Lynn Woodworth, commissioner for the National Center for Education Statistics, said, “It’s reasonable to believe that the impact of covid will likely have a negative effect on achievement for students.”

“Once we see what impacts are, then we can start to look at ways to address the changes and the differences,” he said.

“The pandemic occurred for many of our schools during the first week of our spring break,” she said. “By the time break was over, teachers were ready to go and all students were online. In the fall, 92 percent of our schools were open.”

The schools that were not open in the fall of 2020 were not able to open because of state or local district guidelines, she said.

“We stand by our reputation of providing excellent academic opportunities for kids, along with spiritual development,” she said.