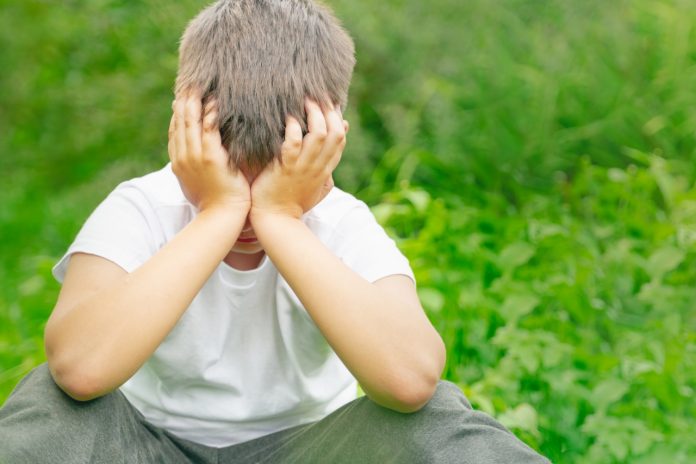 We have all experienced anger at some point in our lives, and it can be a real problem. Though it starts as a harmless feeling, it can quickly grow into something dangerous that’s hard to control.

But with God’s help, we can learn how to deal with our feelings and walk in His peace.

I’ll admit, years ago I pretty much did and said anything I felt like. I have a pretty strong personality, so if you said something to upset me, there was a good chance I would let you know about it.

Thank God, over time He changed me through His Word and helped me begin to manage my emotions through the power of His Holy Spirit.

I learned how to operate in self-control, which means I didn’t always say everything I wanted to say. Now, that’s freedom!

Along the way, God also helped me to understand that anger in itself isn’t wrong…

Is It a Sin to Be Angry?

I’ll never forget one particular morning about 25 years ago. I was preparing to go preach at a ladies meeting at my church in St. Louis when my husband Dave and I got into an argument. I admit, I was really mad!

I continued to think angry thoughts and have angry feelings. Then my anger turned into guilt and I thought, How can I possibly go to church and tell others how to conduct their lives according to Scripture if I cannot control my anger?

The feelings of guilt not only continued but they intensified. As the pressure mounted, I started to feel almost frantic when suddenly God spoke to my heart and said:

“Anger is not a sin—it is what you do with it that becomes sin.”

That day God showed me something that was very life-changing for me. He brought me to Ephesians 4:26-27 (AMPC), and I suddenly saw these verses in a different way than ever before.

The Bible says, When angry, do not sin; do not ever let your wrath (your exasperation, your fury or indignation) last until the sun goes down. Leave no [such] room or foothold for the devil [give no opportunity to him].

We’re all going to be angry at times, but it’s not feeling anger that’s a problem. The problem comes when we act on those feelings.

At times, I’ve really wished some of my feelings would go away, but usually they don’t. I’ve learned that God is not necessarily going to change them, but He is going to change me so I can be stronger than they are.

We need to be in touch with our feelings and take responsibility for them, but we can’t allow them to control us.

Dealing with Anger at Its Onset

Some people have been upset for so long that they don’t even realize they’re angry anymore.

For many years, I was angry about being abused by my father when I was a child, yet I wasn’t really even conscious of the fact that I was mad about it.

Although I was attempting to be a loving Christian, I was angry and harsh and hard. I loved God, but I hadn’t gotten serious enough with Him to say, “I want to do things Your way and I need Your help.”

Proverbs 16:32 says, Whoever is slow to anger is better than the mighty, and he who rules his spirit than he who takes a city.

A person who rules their spirit demonstrates self-control. Self-control is a fruit of the Spirit that’s given to us to help us control ourselves.

This means when we feel a certain way, we can choose not to act on it if we know it’s against the Word of God.

Now it’s important to understand that if you let your feelings—especially anger—get into a rage, then you may be at the point of not being able to control yourself (see Ephesians 4:27).

That’s why it’s so vital for us to learn how to recognize the warning signs (and put a stop to it) when those feelings first begin.

That morning when I read the passage in Ephesians 4, I realized that God was saying there is a way to be angry and sin not—there’s a way to make a decision about what we’re going to do with our anger before it gets out of control.

How to Stay Cool, Calm & Collected

Second Corinthians 10:5 instructs us to take every thought captive into the obedience of Christ before it becomes a stronghold in our mind. In other words, we can choose what we are going to think and dwell on.

We can continue to fuel our angry emotions with wrong thoughts…or we can take a stand and, with God’s help, refuse to allow the situation to get out of control.

So, when you feel yourself getting upset, the sooner you say “No!” to those thoughts and feelings, the better. Instead of letting the anger control you, you can pray something like:

“God, please help me. I know being upset is not going to get me anywhere. This person hurt my feelings and that was wrong, but I’m not going to act on this. With Your grace and strength, I’m going to control myself, and I’m going to trust You to take care of the situation.”

I want to encourage you to forgive those who have hurt you. Let go of any angry feelings you’re holding on to and place those situations in God’s hands.

We can trust Him to be our Vindicator. God is bigger than our feelings and He has given us self-control so we can walk in peace and experience His perfect love when we need it the most.