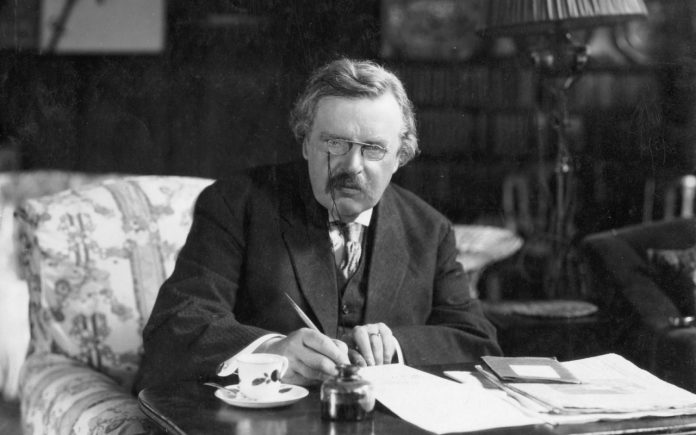 A group of Catholic board game enthusiasts has launched a new Kickstarter campaign to create a game based on the Father Brown series by G.K. Chesterton.

The game is called Father Brown Investigations: The Death of Sir Percy Coldwell. It is inspired by Chesterton’s fictional character, Father Brown, a priest who solves crimes by using deduction and his insight into the human person.

Chesterton, the English writer who inspired the game, was born in 1874 and became a prolific writer and staunch Catholic apologist after his conversion to the faith. He is renowned for writing apologetic classics such as “Orthodoxy” and “The Everlasting Man” as well as the Father Brown series. He died in 1936 and is remembered for his humor and wit.

The idea for the game was developed by Nikola Bolšec, the president of the Croatian Chesterton Club and an editor for Laudato TV. The Kickstarter campaign was launched on Dec. 8 with a goal of raising $30,000. Ten days later, the project had raised nearly $5,000.

The game is estimated to take about 45-90 minutes to play and is for up to six players. The object of the game is for players to compete as rival investigators to unveil the culprit before their opponents.

At the beginning of the game, players are confronted with a crime scene. Each player will then receive investigation resource cards depending on their character’s skills. The players will use these cards to acquire the proper evidence to solve the mystery.

While the goal of the game is to make a case against a suspect before other investigators, one of the players in the game could be playing as the arch-villain Flambeau. This player seeks to mislead his or her opponents and wins by preventing the other players from completing the investigation.

Among other perks, donors to the Kickstarter campaign can receive base or deluxe versions of the game, the chance to play a virtual game with the creators, and the opportunity to be incorporated as a character in the game.

Jacek Malkowski, a Polish game designer who has created board games such as The Road to Bethlehem and Inspiration, has supported the project, and the creative team also includes artist Matko Antolčić and graphic designer Iva Risek.

The marketing campaign is being led by Joseph Grabowski, president of the Philadelphia Chesterton Society. He said Chesterton fans everywhere have met the news with excitement.

He said Father Brown – whose character also featured in a popular BBC television show – has enduring appeal. He also expressed hope that a fun example of an admirable priest would help address negative stereotypes of clergy and the Catholic Church.

“We’re incredibly excited by the enthusiasm we’ve seen from Chesterton fans, and the wider world of board game lovers,” Grabowski said in a Dec. 16 press release.

“This is a game that can be played by anyone, regardless of background or faith, and regardless of whether they are familiar with Chesterton’s Father Brown fiction. Nevertheless, for us, as Catholics, we think this game is important and that the market is ripe for it.”

“The reputation of the Catholic priest in our society has taken quite a hit over the past two decades, and we think a character like Father Brown who is wholly admirable, virtuous, and wise is a needed remedy to so many bad perceptions of priests.”