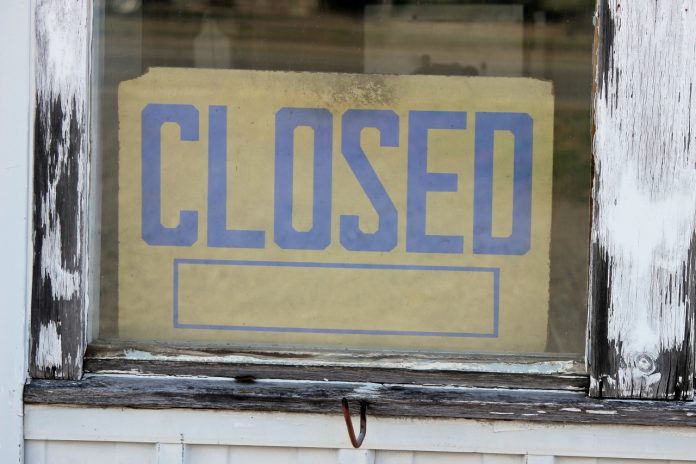 As surging COVID-19 cases lead to new restrictions in the San Francisco area, Archbishop Salvatore Cordileone said the treatment of churches is discriminatory and violates the right to worship.

“[W]orship is both a natural and a Constitutional right. My people want to receive the Body and Blood of Christ; they need it, and have every right to be free to do so,” the archbishop said in a November 28 statement.

He criticized a new health order from the state of California placing San Francisco and San Mateo Counties into a more restrictive tier of coronavirus restrictions, resulting in a ban on indoor worship services.

“This is precisely the kind of blatant discrimination to which the Supreme Court gave injunctive relief in New York,” he said, referencing a decision Wednesday which blocked New York from similarly closing houses of worship while allowing secular retail venues to remain open.

Cordileone criticized the government for “demoting worship” by designating it as “non-essential.” He stressed that the archdiocese has been meticulous about following regulations regarding masks, social distancing, ventilation and sanitation measures. He said indoor worship services have not resulted in any known cases of COVID-19 transmission in San Francisco.

“But the government still chooses to treat worship as less important than shopping for shoes,” he continued.

The archbishop recognized concerns over rising COVID hospitalizations, and said he is discerning the proper course of action, with advice from his fellow bishops, archdiocesan lawyers, and infectious disease specialists.

Cordileone has been an outspoken critic of San Francisco’s restrictions on religious worship, which he described as “an insult” and “mocking God.” In September, he led Eucharistic processions outside city hall, with banners reading, “Free the Mass!” A petition calling for the lifting of Mass restrictions has drawn more than 40,000 signatures.

Until Sept. 14, public worship in San Francisco was restricted to 12 participants outdoors, with indoor services prohibited. Restrictions were gradually loosened, allowing 50 people at outdoor worship services. However, only one person at a time was allowed inside a house of worship, regardless of the building’s size.

On Sept. 25, the U.S. Department of Justice warned San Francisco officials that the city’s restrictions on public worship may be unconstitutional. The DOJ noted that other venues where people share enclosed spaces – such as gyms, tattoo parlors, hair salons, massage studios, and daycares – were being allowed to operate at 10-50% capacity, provided that sanitary measures and 6-foot distancing were followed.

Days later, the office of San Francisco’s mayor announced that places of worship would be permitted to hold services indoors at 25% capacity, up to 100 people. The change was attributed to a decline in COVID-19 cases.

Cordileone thanked the mayor for the changes at the time, but said further changes were needed.

“California’s limit of no more than 100 people inside of a house of worship regardless of the size of the building is still unjust,” he said in late September. “We want and we intend to worship God safely: with masks, social distancing, sanitation, ventilation, and other such safety protocols. But we will not accept believers being treated more severely than other, comparable secular activities.”

California’s church service limits earlier this year were challenged by a Pentecostal church, which argued houses of worship were being unfairly treated more strictly than other secular venues, including restaurants, hair salons, and retail stores.

In May, the U.S. Supreme Court sided with the state of California. In a 5-4 decision, Chief Justice John Roberts argued that the court lacks the expertise and authority to second guess the decisions of elected officials in the context of public health decisions during a pandemic.

In advocating for a safe reopening of indoor Masses, Cordileone has cited an article on Mass attendance and COVID-19, authored Aug. 19 by doctors Thomas McGovern, Deacon Timothy Flanigan, and Paul Cieslak for Real Clear Science.

They said in their article that there is no evidence that church services are higher risk than similar activities when guidelines are followed, and no coronavirus outbreaks have been linked to the celebration of the Mass, despite more than 1 million Masses being celebrated across the United States since the lifting of shelter-in-place orders.

Even while protesting the city’s apparent unequal application of health restrictions, the archbishop has encouraged his priests to lead their parishes in following the city’s guidelines.

“Do not show a lack of compassion for people who are afraid of catching a disease that is quite deadly to many people with comorbidities and the elderly, which we Catholics should particularly respect and protect,” he stressed earlier this year.

A Challenge to Keep on Praying for Non-believing Loved Ones

Life April 20, 2021
04/18/2021 Nigeria(International Christian Concern) – The parents of the 39 students abducted in Nigeria last month continue to oppose the governments ban on paying their child’s ransom...