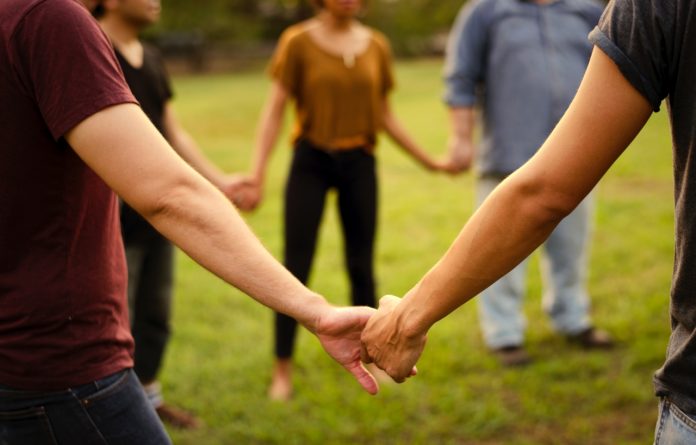 As the National Council of Churches (USA) held an online Christian Unity Gathering on 12-13 October, Rev. James A. Forbes reflected to a tired nation: “Does anybody question whether we’ve seen some plagues?”

As the National Council of Churches (USA) held an online Christian Unity Gathering on 12-13 October, Rev. James A. Forbes reflected to a tired nation: “Does anybody question whether we’ve seen some plagues?”

Forbes is senior minister emeritus of the Riverside Church, an interdenominational congregation on the Upper West Side of Manhattan, New York City. He was the first African American minister to lead this multicultural congregation, and served it for 18 years.

Forbes recalled a conversation he had with God in August 2019. “I said to God: ‘God, can we expect some dramatic direct action between August 2019 and August 2020? I asked God: ‘Do you love us Black people like you loved the Israelites?’ ”

God spoke back to Forbes. “God said, ‘Yes, I love my Black people. I love my white people, too. I love all my people. And, yes, you’re going to see some dramatic action during this year.”

Now, Forbes said, the USA needs a deliverance of all its people. “This year has been rough!” Forbes exclaimed. “First of all, the widespread efforts of our national administration felt like a campaign to dismantle democratic values, to suppress the votes of God’s people, to attempt to pull all the branches of government into disarray.”

Then, he added, there were efforts to take back the advances the US had made in civil rights. “I said, ‘Lord, is this plague number one?’ ”

Then, COVID-19 hit. “It was very clear hat the pandemic was a plague—particularly here, where we have the highest number of people affected. Is that plague number two?”

Then came rising policy brutality against people of color. “Lord, is that plague number three?” implored Forbes. “Are there more plagues coming? Sure enough, hurricanes, wildfires.Other signs of climate degradation. Does anybody question whether we’ve seen some plagues?”

But there have been signs of hope as well, including the pulling down of confederate statues, the state of Mississippi voting to eliminate the confederate symbol from its flag, and numerous city councils reviewing and reallocating funds from police budgets.

But God sometimes speaks through voices you least expect, said Forbes. “It’s not always a booming voice. It’s not always an earthquake, or wind or fire. Sometimes it’s the still, small voice coming from places you could almost miss.”

For example, could the words coming from protestors be the voice of God? “No justice, no peace. Black Lives Matter. Enough is enough. We thought that those were the voices of protesters but sometimes God speaks in strange ways.”

In fact, the concept of race is a gemlike viral infection that invades subliminally. “No one recalls when it first began its vocation of domination,” said Forbes. “Naming the disease makes people feel shame. Could the day of Christian unity provide a promise from God to a nation that’s screaming: ‘I can’t breathe?’ ”

The theme of the gathering, “Breathing New Life Into Our Nation: Repentance, Re-formation, Reparation,” was developed to help churches in the US move an important conversation forward.

Father Simon (Shiryl) Mathai, assistant vicar at St Mary’s West Nyack & Glen Oaks, New York, of the Malankara Archdiocese of the Syriac Orthodox Church in North America, reflected that the church belongs with the people who are suffering. “As church, we are a body of Christ,” he said. “Each member makes up that body. If our church, our people, are not with those who are suffering—the widowed, the estranged the sick—if we’re not with them, we have no part of the conversation.”

Often people who are suffering are not making news headlines, Mathai added. “That’s why I think it’s important as a church we have to be listening,” he said. “We can do it. We have enough capable minds and the Holy Spirit.”

Carcaño urged people to stop living in an abstract theological world. “I think we need to keep educating ourselves and sharing what we’re learning,” she said.

Rev. LaKesha Womack, founder of #RethinkingChurch, said she hoped more churches would get involved in lobbying their congressional  representatives. “Let them know how you feel about certain issues,” she said. “Our voices have been minimized in a lot of spaces. Whatever bills they are working on, let them know how your community and your congregation feel about them.”