During a meeting of the Higher Committee on Human Fraternity on 9 October at the Bossey Ecumenical Institute, World Council of Churches (WCC) interim general secretary Rev. Prof. Dr Ioan Sauca reflected on how best to promote and uphold one humanity.

“What we need to change today are our hearts and our mentalities, beyond our discourses,” he said. “While promoting one humanity, unity and fraternity, we are also called to strengthen and commit to our own identities and values. It is by deepening our own self understanding that we can open ourselves more towards the others.”

Judge Mohamed Abdel Salam, secretary-general of the Higher Committee on Human Fraternity, highlighted the reality in today’s world is that, by calling for unity, we provoke criticism, but that should not stop us from working for peace.

In their discussions, the leaders agreed that it is important to focus on youth and education. Together with the general secretary of the Muslim Council of Elders, Dr Sultan Al Rumeithy, they are planning a summer course on global citizenship to be offered in Bossey.

As the meeting took place, violent conflict continued in the disputed Nagorno-Karabakh region, and the leaders called for peace.

“Violence not only destroys the present but also threatens the future generations,” said Sauca. “We know, from the history, that no military action can lead to any solution. We therefore call upon all parties to stop all armed conflicts and to come back to peace negotiations. The WCC, together with its Muslim partners, is always ready to offer a safe space for religious leaders to lead peace initiatives.” 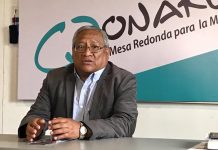 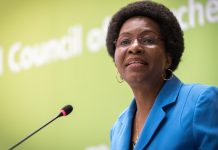