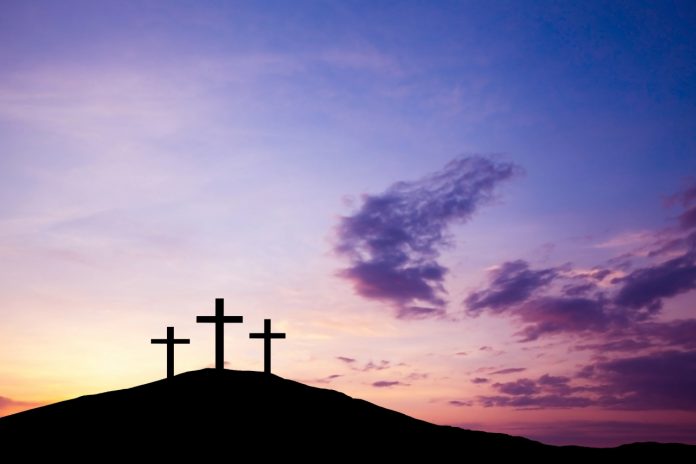 Speaking to a group of Catholics at Sacred Heart parish in Edmonton July 25, Pope Francis reiterated his “shame” and sorrow at the hurt caused by Catholics during the era of Canada’s residential school system, and praised the parish community as “a house for all, open and  inclusive, just as the Church should be.”

“It pains me to think that Catholics contributed to policies of assimilation and enfranchisement that inculcated a sense of inferiority, robbing communities and individuals of their cultural and spiritual identity, severing their roots and fostering prejudicial and discriminatory attitudes; and that this was also done in the name of an educational system that was supposedly Christian,” the Holy Father said.

“In the name of Jesus, may this never happen again in the Church. May Jesus be preached as he desires, in freedom and charity. In every crucified person whom we meet, may we see not a problem to be solved, but a brother or sister to be loved, the flesh of Christ to be loved. May the Church, the Body of Christ, be a living body of reconciliation!”

The pope is undertaking a weeklong trip to Canada which he has described as a “penitential pilgrimage” and an opportunity to apologize for the Catholic Church’s role in abuses suffered in Canada’s government-sponsored residential schools. During more than a century of operation, the residential school system worked to stamp out aspects of native culture, language, and religious practice, and many former students have spoken out about various kinds of abuses they suffered at the schools.

The pope publicly apologized earlier in the day Monday during a speech in Maskwacis, about an hour’s drive south of Edmonton, with many indigenous Canadians in attendance.

Sacred Heart parish in Edmonton was in 1991 designated a National Parish of the First Nations, Métis, and Inuit, the first of its kind in Canada.

“Nothing can ever take away the violation of dignity, the experience of evil, the betrayal of trust. Or take away our own shame, as believers. Yet we need to set out anew, and Jesus does not offer us nice words  and good intentions, but the cross: the scandalous love that allows his hands and feet to be pierced by nails, and his head to be crowned with thorns. This is the way forward: to look together to Christ, to love betrayed  and crucified for our sake; to look to Christ, crucified in the many students of the residential schools,” the pope said at Sacred Heart.

“If we want to be reconciled with one another and with ourselves, to be reconciled with the past, with wrongs endured and memories wounded, with traumatic experiences that no human consolation can ever heal, our eyes must be lifted to the crucified Jesus; peace must be attained at the altar of his cross.”

“For it is precisely on the tree of the cross that sorrow is transformed into love, death into life, disappointment into hope, abandonment into fellowship, distance into unity. Reconciliation is not merely the result of our own efforts; it is a gift that flows from the crucified Lord, a peace that radiates from the heart of Jesus, a grace that must be sought.”

Pope Francis noted that it may seem “easier to force God on people, rather than letting them draw near to God,” but this method “never works, because that is not how the Lord operates.”

“[God] does not force us, he does not suppress  or overwhelm; instead, he loves, he liberates, he leaves us free. He does not sustain with his Spirit those  who dominate others, who confuse the Gospel of our reconciliation with proselytism. One cannot proclaim God in a way contrary to God himself.”

Pope Francis told the people assembled that the way of Catholicism is “not to decide for others, not to pigeonhole  everyone within our preconceived categories, but to place ourselves before the crucified Lord and before our brothers and sisters, in order to learn how to walk together. That is what the Church is, and should  always be – the place where reality is always superior to ideas. That is what the Church is, and always  should be – not a set of ideas and precepts to drill into people, but a welcoming home for everyone!”

The sanctuary of Sacred Heart has imagery of a teepee, a typical indigenous tent. Pope Francis said the image of the tent has deep biblical symbolism as a place of meeting — meeting both of other people, but also a place of meeting with God.

“God has placed his tent in our midst; he accompanies us through our deserts. He does not dwell in heavenly mansions, but in our Church, which he wants to be a house of reconciliation,” he said.

He concluded by praying: “Lord Jesus, crucified and risen, you dwell here, in the midst of your people, and you want your glory  to shine forth through our communities and in our cultures. Take us by the hand, and even through the deserts of history, continue to guide our steps on the way of reconciliation. Amen.”

Before the pope’s remarks, two parishioners — Bill Perdue and Candida Shepherd, both of Metis heritage — spoke to offer the pope welcome, and highlighted the church’s role as a welcoming place not only for indigenous people and survivors of the residential schools, but also for immigrants to Canada such as Croatian and Eritrean people. They also noted that the church has bounced back from two major fires in its history, in 1966 and in 2020.

On July 26, the feast of St. Anne, Pope Francis will celebrate Mass at Commonwealth Stadium in Edmonton. Later that day, he will participate in a pilgrimage to Lac Ste. Anne, a site which plays host annually to thousands of pilgrims, billing itself as the largest annual Catholic gathering in western Canada. The pope will also celebrate a Liturgy of the Word at the site.

EWTN will continue to provide live coverage of the papal trip, which can be found through the network’s program schedule.