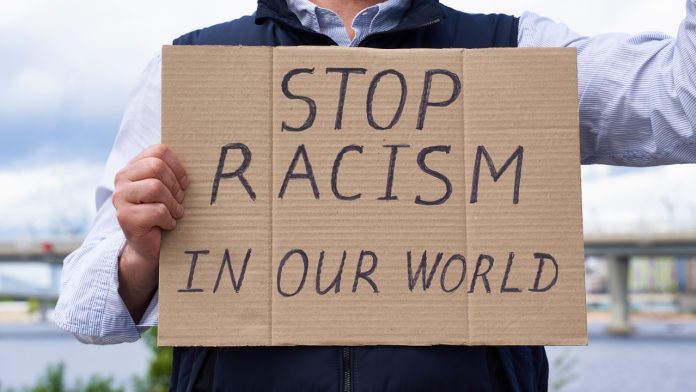 The Knights of Columbus today announced it will participate in a National Day of Prayer and Fasting to End Racism on Sept. 9, the Feast of St. Peter Claver, a 16th century Catholic saint revered for his ministry to slaves.

Bishop Shelton J. Fabre, the chairman of the U.S. Conference of Catholic Bishops’ Ad Hoc Committee Against Racism, called for a day of fasting and prayer in response to the violence and unrest that has taken place in Kenosha, Wisconsin, and other cities across the U.S.

Knights of Columbus Supreme Knight Carl Anderson said, “We are proud to join our bishops and all Catholics in this important day of prayer and penance. As men of faith, we are committed to defending the dignity of every person—regardless of race, color, ethnicity or ability.  I urge all Knights to draw upon our principles of unity and fraternity to help guide our nation through this time of racial unrest through prayer and fasting.”

In June, the Knights of Columbus called for a Novena for National Unity & An End to Racism. At that time, Anderson stressed that injustice to a Black person is injustice to all as all are made in the likeness of God.  He also called for people to express “their anger and cries for justice” peacefully, following the example of Dr. Martin Luther King, Jr. and the teachings of Pope Francis. The upcoming National Day of Prayer and Fasting offers such an opportunity.

Anderson also addressed the issue of racism in his report to the Knights’ annual convention in August:

“Many of our fellow citizens are still treated differently because of the color of their skin,” said Anderson. “Whenever and wherever this happens, it is wrong. And it must be righted. Where others tear down, let us build up with charity. Where others seek to divide, let us promote unity. And where racism festers, let us build fraternity.”

Racial Equality
Supreme Knight Carl Anderson served on the U.S. Commission for Civil Rights in the 1990s.  The Knights of Columbus has worked with Black churches and clergy to speak out against racism and violence.  The Knights of Columbus financially supports the work of the USCCB’s Ad Hoc Committee Against Racism and Carl Anderson serves as a consultant to that committee.

About the Knights of Columbus
The Knights of Columbus is one of the world’s leading fraternal and service organizations with 2 million members in more than 16,000 parish-based councils. During the past year, Knights around the world donated more than 77 million service hours and $187 million for worthy causes in their communities. The organization also provides financial services to groups and individuals, resulting in more than $112 billion of life insurance in force, and through its money management firm, Knights of Columbus Asset Advisors, it invests in accord with Catholic social teachings. From helping children in need, to providing wheelchairs for the disabled, to helping stock food banks, to offering top-rated and affordable insurance products to its members, the Knights of Columbus has supported families and communities for more than 138 years.