“The U.S. has also expressed desire first to try to help and work through some of these issues,” the official when on to say.

In recent years, religious intolerance and religiously motivated violence has skyrocketed across India. Many blame the rise of radical Hindu nationalism, sometimes encouraged by the BJP-led government, for the increase in intolerance and violence.

In 2019 alone, the Alliance Defending Freedom India reports that it has documented at least 328 violent attacks on India’s Christian community. Will the US expression of concern be enough to start turning around this trend of violence and intolerance?

Church September 27, 2020
In a pastoral letter this past week, Bishop Michael Burbidge of Arlington, Virginia said the coronavirus pandemic has prompted advances in sharing the Gospel... 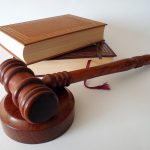 Life September 26, 2020
09/19/2020 Pakistan (International Christian Concern) – On September 8, Asif Pervaiz was sentenced to death by a trial court in Lahore, Pakistan for...