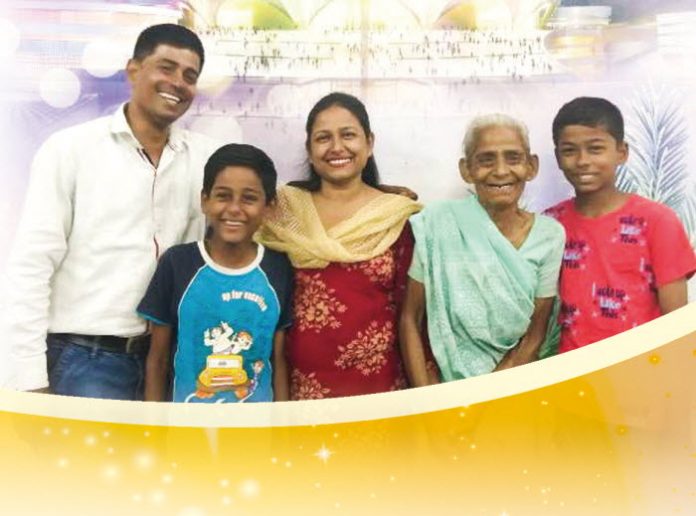 Because I married Hindu man, my Christian life was not easy. My family persecuted me severely. I had to hide and pray. Thank God, after 8 years of prayer and fasting, my husband accepted the Lord, and I could go to church together with him.

I visited many churches, but there was unquenched thirst in my heart. I was looking for a church where I can learn true word of God, and that is full of love.

One day, my neighbor handed me the books “The Message of the Cross,” “The Measure of Faith,” and “Hell.” After I read those books, I wished to visit Manmin Church.

Soon, I was happy to find that there would be a healing testimony and seminar held by a medical team from Deli Manmin Church. While I was there I was so touched there by the words of life, the works of God’s power, praise and worship, and prayer. Tears continued to run down from my eyes when Pastor John Kim of Deli Manmin Church prayed for the sick.

From August of 2015, I began going to Deli Manmin Church, and since then, many changes occurred in my life. My husband and I used to argue a lot, but now we’ve come to understand each other. My family became a family of peace that has nothing to do with diseases.

For many months, I couldn’t sleep well at night because of nerve trembling in my legs. But after receiving prayer for the sick, I was healed. My two sons used to go to hospital because of pneumonia, but after attending Manmin Church, they never go to hospital. Especially, my second son couldn’t go to school for a month due to typhoid. But after receiving the prayer of God’s power, he was healed.

My entire family, even my persecuting mother-in-law, experienced the power of God.

Whenever I met sick people or people with problems, I testified to them about my healings and introduced Manmin Church. I told them why Jesus Christ is our Savior.

Pastor John Kim of Deli Manmin Church drove an hour to Dalokpura, and prayed for many people. Soon, I began to have Sunday Services at home and it became a home church with about 20 people attending. Now, we also have Daniel Prayer Meeting, Wednesday Service, and Friday All Night Service and God keeps sending new members, Hallelujah!

I have a very interesting testimony. There were many mice and ants in my house. After receiving prayer, they disappeared, but soon they came back again. Then, I heard the message about the whole tithe. I understood the will of God and obeyed it. Soon all the mice disappeared, and the ants in the house (even on the bed) were also gone. As we gave the whole tithe, my husband received the blessing of opening a business.

My mother-in-law used to suffer from a herniated disk and arthritis, but after receiving the prayer of God’s power she was healed. She can now walk well. Before, my mother-in-law didn’t even want to hear the name of the Lord, but she’s changed. She confesses that she is a sheep of Manmin.

I give all thanks and glory to God and the Lord who blessed my family to meet Manmin Church and receive healing works.