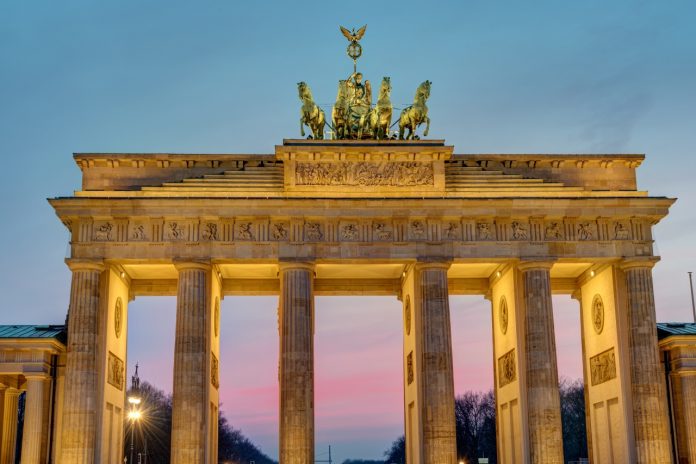 Thirty years ago, prayers in St. Nicholas Church in Leipizig helped to bring about a peaceful revolution in the middle of Germany.

That revolution finally swept away the wall – and with it the totalitarian rule of the socialist regime of the German Democratic Republic. It was managed without violence, through church services and demonstrations – and thanks to a spirit of prudence in the background. In this way freedom forged its path, with tens of thousands of shouts of “We are the people”.

Anyone familiar with the pictures of the recent protests in Hong Kong, knows how fragile peace is in such moments of protest.

The revolution that reunited Germany was not, at first sight, a Christian one. But it was a peaceful revolution that was supported and made possible by courageous Christians and Christianity. And in three ways.

First of all, by the Catholics of Poland, especially the Archbishop of Krakow, Cardinal Karol Wojtyla, who was elected pope in 1978. Encouraged by the faith of St. John Paul II and fueled by the kidnapping and murder of the priest Jerzy Popieluszko, the Poles finally brought about the renunciation of the communist “dictatorship of the proletariat” through democracy in their own country.

Second, by the spark of freedom ignited in the – mostly Protestant – churches of the GDR. On the website of the Evangelical Church in Germany, Ellen Ueberschär writes that at that time the church was “a linguistic space of freedom”. The state secret police, the Stasi, also quickly recognized this, describing the texts produced at the Ecumenical Assemblies as “the most up-to-date complex catalog of demands regarding socio-political changes in the GDR.”

However, it was the third, theological, level that made that grounded the peaceful revolution in a Christian idea of humanity and made what it achieved possible. It was the existential, ontological freedom of every person, rooted in the Christian image of man, made in the likeness God, which made everything else possible.

This understanding of human dignity was, to paraphrase Ernst-Wolfgang Böckenförde, the prerequisite for a free society which, however, cannot guarantee itself as a state.

By contrast, in the vacuum of today’s secular society, often misconstrued as a “pluralistic” society, wild ideologies grow up like weeds, with dangerous political potential.

Ueberschär raises the question, which can rightly be asked of our Catholic communities:

“With the loss of social relevance of the churches in the 21st century, we have also forgotten their significant role in one of the most important national events of the past century. With this have we also lost the concept of a church beyond one institutionally well secured and a religious life protected by the law? “

Whether in the East or West, in 2019, the ideological Pied Pipers are abroad in this country again, playing their colorful songs. Those who hear them should not forget the price that many have paid for the freedom that we possess today, or deal it away piecemeal. To hold on to our freedoms, not to surrender them to slogans, alarmism and populism: that is the task of the hour, then and now.

AC Wimmer is the editor of CNA Deutsch.