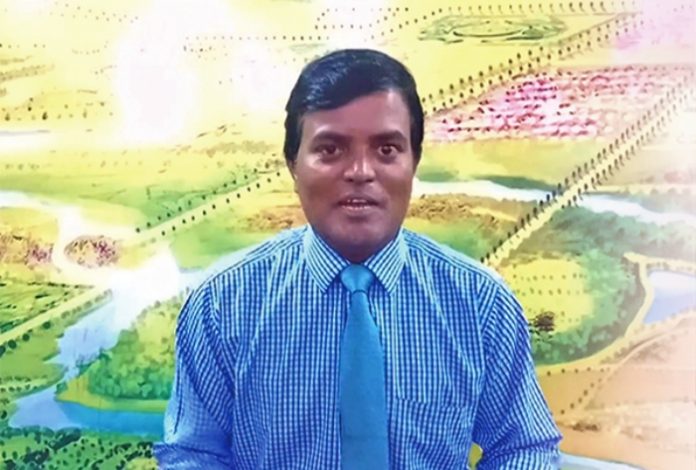 With no parents and no education, I was a frightened child with no self-confidence. I also had severe pain in my back. In Deli Manmin Church, I received prayer for the sick on tv, and I was healed of my back pain. With a grateful heart, I began preaching the gospel to people, which changed my nature. I was no longer frightened or fearful.

Just as my life was changed thanks to God, I hoped the people in my home village could change as well. Since the village of Gorakhpur in the state of Uttar Pradesh was one of the most remote areas of India. The people there had never heard of Jesus our Savior. So I started praying for them.

I visited the village in May 2018 when a relative got married. I introduced Jesus Christ to those who came for the wedding and other families as well. I told them what was written in the Bible is taking place now. I then prayed for them.

An amazing thing took place in the village! A lady by the name of Seema (35 yrs.) was partially paralyzed. She couldn’t walk alone. She couldn’t get a job. But after receiving the prayer with the handkerchief of God’s Power, she began walking and lifted her left arm.

A 3 year old boy, Ankush, who hadn’t walked since birth, began walking after receiving the prayer. When many other people testified that their various pains disappeared, people started to receive the Lord.

Soon my family moved to the village and began preaching the word of God. Although there was no church, people gathered to attend the services of Manmin Central Church, provided by GCNTV HINDI Channel on Youtube. They attended Daniel Prayer Meeting and prayed together everyday.

The people in the village used to worship idols, but they suffered from various problems.

Manish was healed of an abscess on head, Rosini was healed of leucorrhoea, Prabhu was healed of piles, and Jangbahadur was healed of fever. Durgawati was blessed to deliver a healthy baby. The amazing works of God have continued to take place here. The biggest blessing so far is that we now have a ‘in-house-church’ with more 50 members.

I give all the thanks and glory to God who blessed me to preach the gospel by the grace of the Lord.