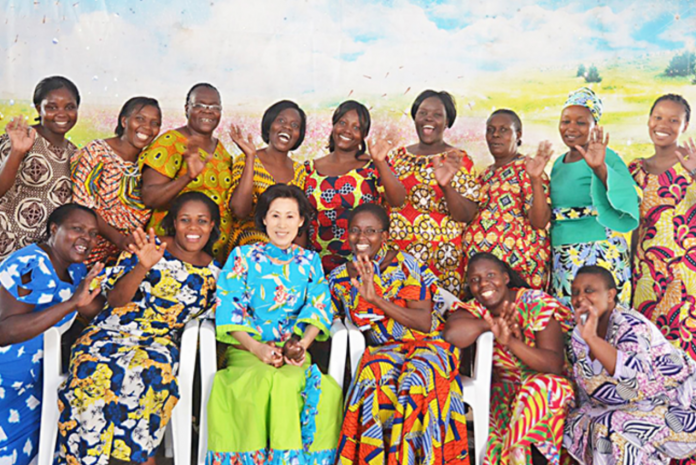 I had some pain in the back in 2000. It became increasingly more frequent. When I couldn’t bear the pain, I vomited, and I felt better. I knew it was due to indigestion then. I felt uncomfortable constantly, but when it suddenly got worse, I couldn’t eat well, and I lost a lot of weight.

In 2011, I took a gastroscopy in Korea. The doctor said my gastric ulcer was so serious that it could cause a perforation in the stomach. When the symptoms were very bad, I received prayer for the sick and it would get better, but it wasn’t completely healed. I felt increasingly sorrier as time went by, particularly because I couldn’t work as faithfully as I could in the missionary field due to health problem.

In the spring of 2019, I realized I didn’t really show my faith even though I said I wanted to get healed by faith. I repented of every shortcoming I realized. I also prayed frequently.

Then, the condition got better without my notice, and I could eat much better recently. I came to visit Korea in May and took another gastroscopy. It showed the ulcer was almost healed and there is only a trace of it.

I give all thanks and glory to the Lord and God the Father. I give thanks to Manmin Central Church for always praying for me.