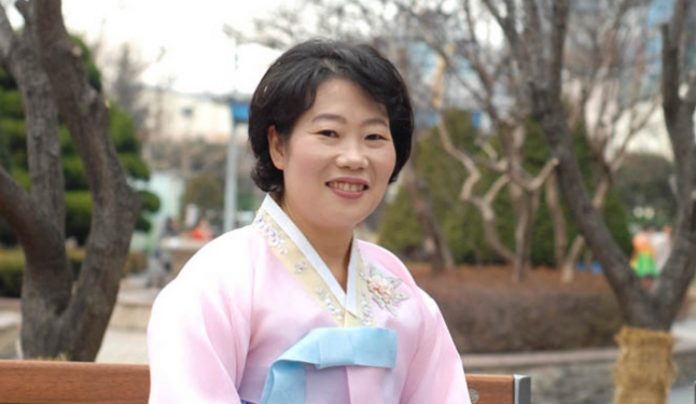 My eyesight used to be 0.6/0.4, so I had to wear eye glasses. But I couldn’t wear them because I got a rash behind the ears when I wore them. It caused me a lot of problems. In 2016 Senior Pastor of Manmin Central Church said he would pray for the church’s members to improve their eyesight before the Manmin Summer Retreat. So, I prepared myself to be healed with a longing heart.

On August 8, the first night of the retreat, I received the prayer. Afterwards, I no longer felt tired, tingling, and dry in my eyes. In early October, I had my eye vision checked and it was 1.0/1.0 (20/20). I came to see everything more clearly, and I had no difficulty at all even when I read small letters.

In late October, I felt dizzy all of a sudden, and it lasted for two weeks. I even had nausea and lost appetite. I was weakened, which made me have a problem even doing daily chores. The dizziness stuck with me.

On November 10, I went to hospital to learn what caused all those problems. I had ultrasound test in a neurosurgeon clinic, and I heard it was otolithiasis. Next day, I talked about my disease to Prayer Devotees’ Association which I belong to. They prayed fervently for my healing together, and I felt strength given to me.

Since I wanted to be completely healed, I received Senior Pastor’s prayer during Friday All-night Service. Right after the prayer, the dizziness was gone and I felt no nausea but comfort in my stomach. I was perfectly healed.

On November 14, I went to hospital again and heard that I was normal with no problem. I give all thanks and glory to God who healed me.