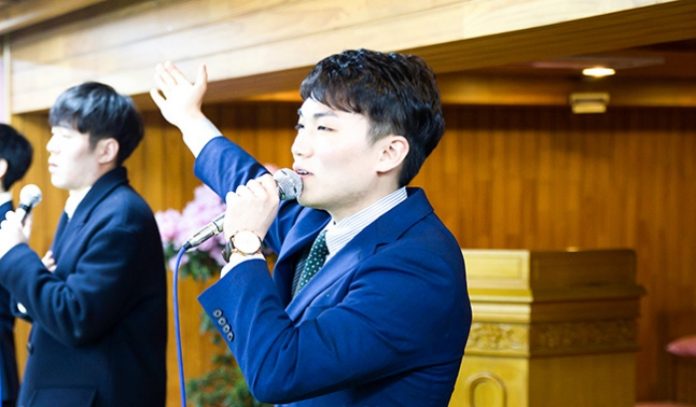 In October 2013, my voice became hoarse. It might have been because I practiced singing so much for the college entrance exam. When I went to hospital, the doctor told me that I had vocal cord nodules and told me not to use my voice much. But I did not stop practicing. I did not have a problem except my voice was a little hoarse.

In early 2014, I entered college but my voice had worsened. I had to take a semester off. In late 2015, the vocal nodules became so serious that I lost my voice. In June 2016, I could not even get words out over my lips. It was so serious that I even developed sociophobia.

I had my vocal cord checked in a vocal cord clinic. The nodules on my vocal cord had become polyps. The doctor said it would not be healed naturally and surgery was needed. It would also take extended time to heal.

I wanted to glorify God with my praise, and was given faith that God, who heals every kind of disease and even raises the dead, would heal me.

In August 2016, I participated in Manmin Summer Retreat 2016. On the first night, I received a prayer for the sick. I had great moments filled with the Spirit and happiness during the retreat.

Two weeks later, I felt water in my neck and ran to the bathroom. When I spit it, it was blood. I expected it to be God’s answer and went to hospital. My doctor said, “Well, it is almost impossible for polyps to burst by themselvesâ€¦” and he added I was lucky. The vocal cord polyps were gone!