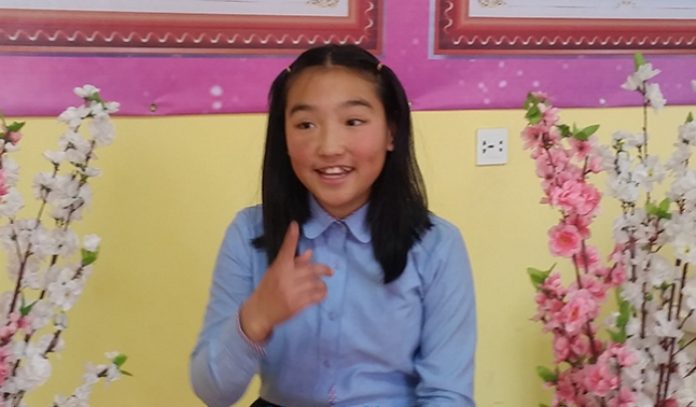 In March 2014, somebody on the streets shared the gospel with me, and my grandmother and sister and I accepted it. We went to Ulaanbaatar Manmin Church.

My grandmother was sick and had injured many parts of her body. She hurt her right leg and had to use a crutch. However, as she was attending church, she got healthy. She can walk without a crutch and she can even kneel down. She is now a leader in the church and is active doing many voluntary works.

I am a member of the Glory Worship Dance Team and happy as a Christian. I once had a chance to increase my faith. On Sep. 11, 2018, I suddenly had pain in my stomach. It was like twisting the left side of my abdomen.

At first I just endured it. But a week later it came back and it was much worse. I was on the ground screaming. With the help of missionary I went to a hospital. The doctor said it was a uterine myoma. He also said I couldn’t run and I had to keep myself warm. I was told I had to get surgery quickly because the myoma would get bigger and pain greater without it.

I was worried that I wouldn’t be able to perform in the church anniversary events. I remembered I didn’t pray earnestly and repented of it, and I just committed everything into God’s hands. I just kept on practicing hard for the anniversary events.

Finally, on Sep. 23, the anniversary day, I received a prayer for the sick, and the pain began to recede and by the time we finished the performance, I had no pain. Since then, I received the prayer every time I had recurring pain. I felt the pain disappeared completely, so I went to the hospital on Oct. 3. To my amazement, the myoma was completely gone. Hallelujah!

A week after I was healed of the uterine myoma, I got a silver medal in a sports competition event in school. The following week my basketball team got the gold medal in the basketball competition.

Now, my mother is also coming to church. I am so happy that I have received the answer from the living God. I give thanks to the Father God and the Lord who are abundant in love!