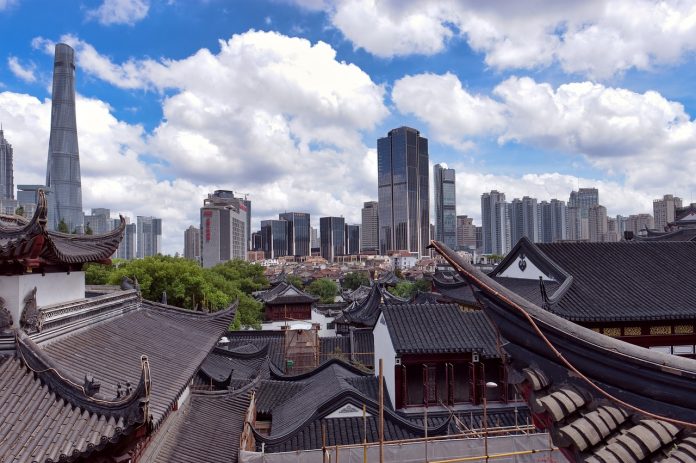 Authorities in Jiangsu, China demolished 5,911 temples within one month, according to a report released by the Christian human rights organisation ChinaAid on 23 April. The report comes days after a new European Parliament resolution on China which expresses concern about the increasingly repressive treatment faced by religious and ethnic minorities.

In 26 days across February and March, 5,911 temples were destroyed as part of a scheme to regulate temples launched by the publicity department in Gaoyou, Jiangsu, according to the ChinaAid report, which describes it as the “largest mass-destruction of such faiths since the Cultural Revolution”.

Churches, mosques and other places of worship have been demolished or closed down across China amid a nationwide increase in violations of the right to freedom of religion or belief. Following the introduction of revised regulations on religious affairs in February 2018, authorities have forced state-sanctioned churches to fly the national flag, remove religious symbols and sing pro-Communist songs in services, while unregistered ‘house churches’ have been harassed and shut down.

Falun Gong practitioners, Tibetan Buddhists and Uyghur Muslims suffer some of the gravest human rights violations. In February CSW joined over 15 organisations in calling on the Human Rights Council to adopt a resolution establishing an international fact-finding mission to investigate the arbitrary detention of over one million predominantly Muslim Uyghurs, Kazakhs and members of other ethnic groups in the Xinjiang Uyghur Autonomous Region.

A European Parliament resolution adopted on 18 April describes the current situation as a “new low point”for freedom of religion and conscience, expressing deep concern about the “increasingly repressive regime that many religious and ethnic minorities, in particular Uyghurs and Kazakhs, Tibetans and Christians face.” The resolution cites numerous examples of violations against the right to freedom of religion or belief, and calls on the Chinese Government to immediately release Uyghurs, Tibetan activists, writers and religious figures, and individuals persecuted for their religious beliefs, including Pastor Wang Yi of Early Rain Church.

A Chinese Christian activist commenting on the resolution welcomed the text, while also emphasising that the resolution must be supported by decisive action: “[This is a] very encouraging message for religious communities, but [if] the Chinese government doesn’t take any action to address all these issues, what kind of measure could the EU take in this case?” Other religious freedom activists have also cautiously welcomed the resolution.

CSW’s Chief Executive Mervyn Thomas said: “CSW shares the concerns regarding violations of religious freedom outlined in the European Parliament resolution. We particularly support the Parliament’s initiative to raise these issues in light of the joint statement on the 2019 EU-China Summit earlier this month, which made no reference to freedom of religion or belief or the situation in Xinjiang. Under Xi Jinping there has been a significant deterioration in human rights and rule of law. Hundreds of lawyers, activists and religious leaders have been detained, and religious groups across the country are witnessing a crackdown on their freedom not seen in decades. We echo the resolution’s call on the Chinese authorities to implement the constitutionally guaranteed right to freedom of religious belief, to end the practice of arbitrary detention, and to allow free, meaningful and unhindered access to Xinjiang province and Tibet Autonomous Region for journalists and international observers, including the UN High Commissioner for Human Rights and UN Special Procedures. We further call the international community, including the European Union, to speak out against human rights violations in China both in public and in private.”