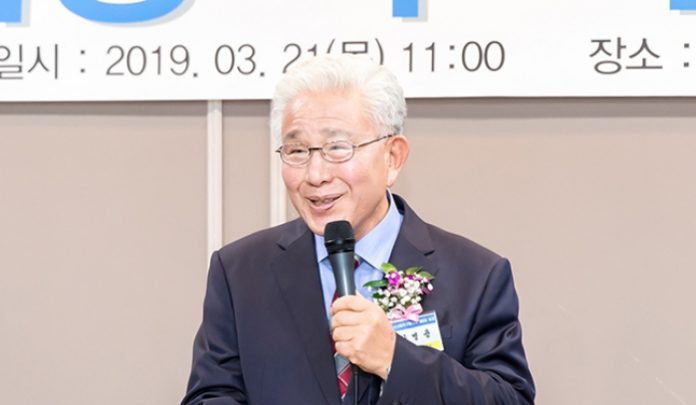 On March 21, 2019, Elder Byeong Yong Han of Manmin Central church was inaugurated as the 5th president of the Anseong City Social Welfare Council.

“I will try my best to become the priming water in the civilian social welfare sector,” he said in his inauguration message that he gave in the presence of many leaders of the city including the Mayor.

In his younger years he reached the bottom of his life after he went bankrupt and became an alcoholic. However, he began attending church in 1988 and his life began to turn around by the messages and charitable help.

Since then he dedicated his life to social welfare work, serving the senior citizens like his own family in Manmin Welfare Center and Rainbow Village.

Anseong is a city in Gyeonggi Province, South Korea, 80 kilometres (50 mi) south of Seoul. Anseong promotes itself as “The City of Masters”. It is known for producing brassware and arts and crafts.