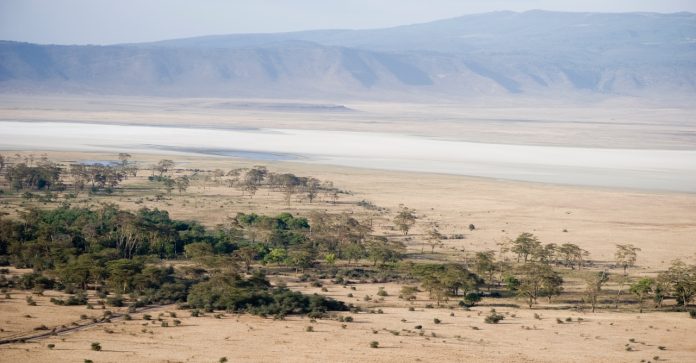 What if HIV were just a virus, and not also a taboo? This week in Tanzania, religious leaders gathered to address stigma and discrimination related to HIV.

Convened as part of the PEPFAR-UNAIDS FBOs Initiative on 18-21 March, the interfaith consultation was facilitated by the World Council of Churches-Ecumenical HIV and AIDS Initiatives and Advocacy.

And while stigma and discrimination have been long-standing concerns facing people living with HIV, participants saw hope on the way ahead.

“Faith leaders can play such a great role in reducing stigma and discrimination related to HIV, through the provision of knowledge and information,” reflected Global Fund/PEPFAR implementation adviser Koech Rotich, who also works with UNAIDS in Tanzania – speaking in a national context where the vast majority of people are committed to the Christian or Islamic faiths.

A 24-year-old man who wishes to remain anonymous, said he was born with HIV, and due to stigma has vowed never to disclose his status until after he gets married – affirming to the religious leaders how HIV-related stigma can be detrimental.

At the same time, one who has experienced first-hand the effects of breaking the silence as a person living with HIV, is Imam Mnyonge Masoud from the Tabora region of Tanzania.

By speaking openly about his status, Masoud said, he has “managed to provide guidance and counseling”. But also, he noted, “it has helped reduce discrimination and stigma among people living with HIV.”

Reflecting on the impact of the consultation, Rev. Melania Mrema, a priest from the Moravian Church of Tanzania living with HIV, stressed the value of developing tools and techniques for religious leaders to implement in their own faith communities.

The occasion also saw the Kiswahili translation of a recent WCC training manual for religious leaders, on “Treatment Adherence and Faith Healing in the Context of HIV and AIDS in Africa”, serving for the first time as a reference point as religious leaders seek to address the issue of so-called faith healing and its often detrimental impact to treatment adherence.

WCC Ecumenical HIV and AIDS Initiatives and Advocacy regional coordinator for Eastern Africa Rev. Pauline Wanjiru Njiru, who facilitated the consultation, challenged the participants to take stock of “where we have come from, where we are and where we want to go”.

“We need to acknowledge the achievements made by science and play our part to encourage religious communities to uptake prevention, testing and disclosure and treatments as God’s gifts. This will only be achieved if we end stigma,” Njiru said.

“As we have gathered here in Mwanza, to listen, learn and share our experiences, it is also clear that these are issues where faith leaders who take action see a clear and direct impact,” she added. “This gives us both hope and strength as we continue our common ministry, of unpacking these issues and finding ways forward.”