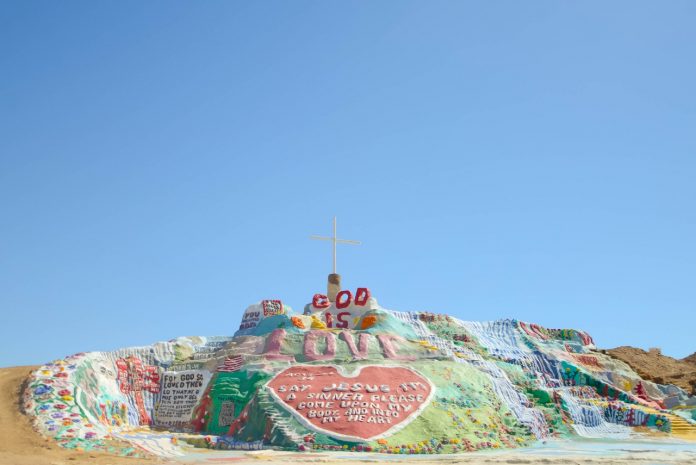 LOS ANGELES, March 1, 2019 /Christian Newswire/ — Homelessness is not a new problem. In the fall of 1967, it was an overwhelming issue on the streets of Hollywood, California. Following San Francisco’s “Summer of Love,” thousands of young “hippies” headed for the warmer Southern California climate. Hollywood was teaming with teenagers searching for answers.

In October 1967 Don Williams, a young Princeton-trained Pastor at Hollywood Presbyterian Church, and Bob Marlowe, a singer/songwriter, staged an event called “The Gospel According to Bob Dylan” that drew 3,500 people to the church campus in Hollywood. They discovered that one way to help a lost generation was to sing about what they believed, and reach out with selfless-service like the first century disciples. They formed a musical group and created a community of over 60 young believers who transformed the upper floor of a duplex on the Hollywood Pres campus into a coffee house. On August 3, 1968 they opened “The Salt Company,” the first Christian Coffee House in North America. Recognizing a pressing need to help the staggering number of kids living on the street, they also created the first of what we now call “halfway houses” that served as “crash pads” and fed, housed, and helped thousands of young “street people.”

The newly-released feature length documentary “SALT AND LIGHT – The Miracle in Hollywood,” uncovers this surprising story. Emmy-nominated director/producer Rob Loos took two years to gather a wealth of interviews. “When you get the real story from the people who were there, you see how God called ordinary people to do amazing things,” comments Loos.

The Salt Company Band launched a new genre of music and a spiritual revival. According to Dennis Agajanian, seven-time Christian Country Music Association Musician of The Year, “I believe the ‘Jesus Movement’ started at The Salt Company … with Larry Norman, the Salt Company Band, and myself.” Other groups were soon to follow, most notably, Calvary Chapel in Costa Mesa, CA. “This new kind of music became known as Contemporary Christian Music (CCM) and we hear it in just about every church today,” explains Loos.

Salt and Light received the Award of Excellence: Christian and Award of Merit Special Mention: Documentary Feature from the Accolade Global Film Competition.