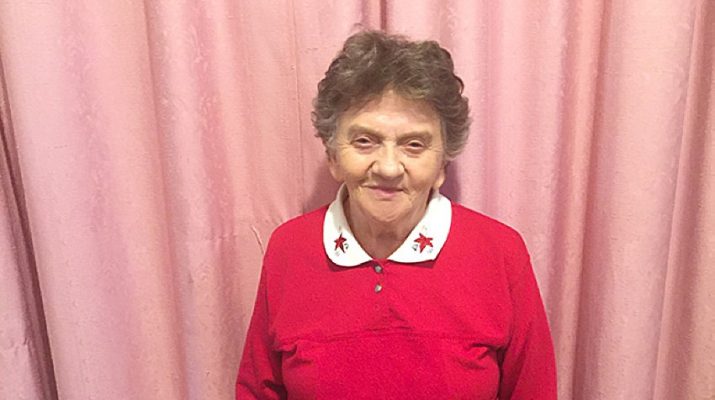 In late November, 2011, I saw a newspaper advertisement about a church’s meeting. It said that many people would be healed of diseases through the handkerchief on which Senior Pastor of Manmin Central Church had prayed. I heard he is a world-renowned pastor who has healed countless people and brought the dead back to life (Acts 19:11-12).

At that time, I took many kinds of medicine because I was suffering from asthma, osteoarthritis, high blood pressure, depression, insomnia, and a peripheral venous problem. With expectation, I went to the meeting. Dr. Esther Chung delivered the message and prayed for the sick with the handkerchief. At the moment, I felt well and the pain became relieved.

After the meeting, I registered in the church, Wisdom and Power of God Manmin Church in New York. The church seemed to be a special church that is loved by God like the church in Philadelphia recorded in Revelation. And Senior Pastor explanation on the Bible was so clear that I came to love it. I have read all his books published in Russian.

Meantime, in July 2016, a fire broke out in my apartment. Around six units on the same floor were damaged, and one person died. But my house was perfectly protected in the shepherd’s space. Hallelujah!

In September 2016, I had a tumor between my left chest and neck. I was diagnosed with skin cancer. The doctor suggested that I receive surgery as soon as possible, but I believed I would be healed through Senior Pastor’s prayer. It is because Exodus 15:26 says, “If you will give earnest heed to the voice of the LORD your God, and do what is right in His sight, and give ear to His commandments, and keep all His statutes, I will put none of the diseases on you which I have put on the Egyptians; for I, the LORD, am your healer.”

I kept the verse in my heart and repented, and tried to live by the Word of God. As doing so, I felt better and better. I became convinced that I would be healed of it by faith without the surgery. However, my two unbelieving sons made me schedule my surgery.

On Sunday, January 8, 2017, I asked Pastor Vitaliy Fishberg to pray with the handkerchief for the surgery scheduled on Tuesday. When he prayed, it felt like electricity was flowing in the affected part and the part was really hot. It was so hot that I could barely stand it.

On January 10, the doctor checked the affected part again before the surgery. Unexpectedly, he said, “The tumor was gone!” He double-checked it and said, “It was really gone completely!” Hallelujah!

I told the doctor that I had been healed by the power of God. He said I did not need any treatment, so I returned home happily. I am healthy now. I give all thanks and glory to God.