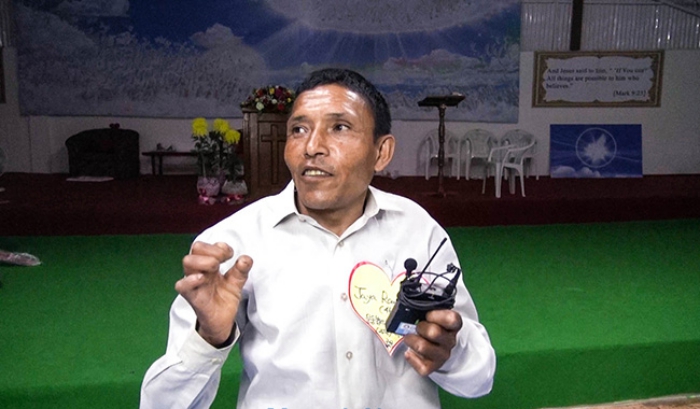 I live in a town in the eastern Nepal. I had a problem from the age of 15. When I touched things, I felt numb. I could not feel anything, and scars were formed on both of my hands and legs. I couldn’t even move my fingers.

I was diagnosed with leprosy. Facing the miserable and unexpected reality, I felt despair and skeptical about my life. ‘Why has it happened to me!’ As physical pains increased, mental pain bothered me so much.

Of course I couldn’t hang around with people and I couldn’t even admit what I was. No medicine could heal my disease, which put me in deep despair.

With hope, I longed to attend it and receive healing. By the help of my elderly father, I went to Katmandu and attended the seminar on November 10 and on November 11th I also attended the 11th Anniversary Service. I received a lot of grace, and I attended the Fullness of the Holy Spirit Prayer Meeting in the afternoon. Pastor prayed for each of the people with the handkerchief.

Then, a miracle happened to me! My fingers moved! They had not moved no matter how hard I had tried for the last 25 years. All pains were gone and all scars were also gone! When someone touches me, I can feel it now!

Before this miracle that God performed for me, in amazement I became just speechless. I give all thanks and glory to God who came to me with warm light while I was just nobody, and healed my miserable leprosy!