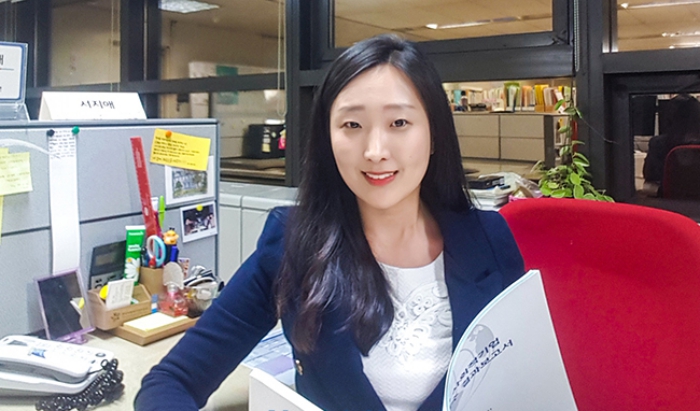 In 2006, I started to lead a believing life in Manmin and learned about true faith through sermons.

I started to prepare for the entrance exam to foreign language high schools when I was a 9th grader which is considered to be very late. I was supposed to go to a private academy even on the Lord’s Day but I went to church because I knew it is to acknowledge God’s spiritual authority and the way of blessing. Finally, God blessed me to be admitted to English department of Gwacheon Foreign Language High School, the one most people had applied for.

In late 2014, before my college graduation, I entered Korea Social Enterprise Promotion Agency, which is under Ministry of Employment and Labor, by passing its written test and interview through prayer.

One day in work, my office was having a party and my boss joined us. There was the casting of the lot, where a person who won the lot would receive a glass of alcohol from the boss, drink, and then receive his prize. Then, I won the lot, but I asked him to understand that I do not drink alcohol and rejected it. I was sorry before my boss but I knew that I would feel more sorry before God and would regret more if I drank it. Despite such a response from me, many people in my office understood me and liked me. It was all by the grace of God.

In the early life at work, I underwent several conflicts due to lack of my social and communication skills. It was at that time I read book Joseph, the Passage to God’s Covenant. It became like a mentor for my life in workplace. It helped me put myself in others’ shoes and taught me how to make a report according to the right order and how to deal with conflicts.

In 2017, I received the commendation from Employment and Labor Minister by the recommendation of my team leader. I studied Chinese and English in university, and now I study in graduate school as well as work in order to repay the grace of the Lord. I also study Japanese these days. I give all thanks and glory to God who gave dreams to me and has blessed me to achieve them with His grace.