Wang Jie (a fictional name) is a deacon belonging to the Chinese underground Church. He has spent several years studying in Europe, and for security reasons cannot use his real name, since Chinese authorities may not let him reenter his country if they knew he is preparing to become a priest.

The seminarian shared his story recently with media. He was born in China “in an area where most of the people are pagan.” None of his family members were Catholic, and in fact his parents “had never even heard the word ‘Christianity.’”

But one day his mother fell ill. They found what they believed to be a medical center with a cross on it. It was actually a church, where a nun received them.

After his mother recovered, Wang’s parents returned to thank the woman for caring for her.

“Then the nun began to gradually speak to them about faith, about Christ. My parents were very interested and after some time they converted,” he said. “We see it as a miracle so we would know the faith. God guided us to his house.”

In a sense, the conversion was natural, because his parents were already practicing charity and trying to help others in any way they could. Wang’s entire family was baptized when he was eight years old.

His family joined the underground Catholic Church. They could not openly practice their faith, as the government only recognized the “Patriotic Church” controlled by the Communist Party.

When Wang’s mother became pregnant again, they faced a challenge. The one-child policy, which was in effect at the time, prohibited families from having a second child. But as Catholics, his parents refused to abort. They looked for a way to avoid the heavy penalties imposed by the Communist government on families with more than one child.

“When my sister was born, we found a family that had just had another child, and we registered them as if they were twins. In fact, my sister doesn’t have my same last name [as I do] but that of the other family because according to those documents they are siblings,” he said.

Eventually, his parents befriended a priest who was a rector of the seminary. The rector explained that the seminarians had to move every three or four months to avoid being discovered by the authorities.

“My parents offered them our house, they could live on the ground floor and we on the top floor,” he said.

For the next 10 years, seminarians were living intermittently on the ground floor of the house. Touched by their example, Wang felt a call to the seminary.

He made the final decision after accompanying one of the seminarians to give some catechism lessons.

“When I returned home, it was as if something had set my heart on fire, I told my parents I wanted to be a priest. I had that seed of a vocation in my heart,” he said. “Now I’m a deacon and no words can express the very profound joy I have in my heart.”

The seminarian said that even though he is studying in Europe, his desire is to return to China as soon as possible to preach the Gospel there.

Life as a Chinese Catholic is difficult. Mass is celebrated in family homes, and people must be careful not to talk about their faith explicitly, because the authorities could be listening. However, living with the risk of arrest is worth it, Wang said, because “we want to have the Truth, it’s what you have to do despite the cost.”

One of the worst moments he faces, he said, is when he has to enter China without the authorities discovering that he is a seminarian.

“When I’m in line to enter and I have the passport in my hands, I start praying to the Virgin: ‘My mother, help me. My mother, help me.’ And everything has always gone well even though the dangers are real. God always helps me,” he said.

Regarding the recent accord between the Holy See and the Chinese government which initiates the integration of the underground Church with the Patriotic Church, the seminarian stressed the importance of unity.

“There are some who say the accord is good, and others who don’t think so. But above all we have to pray a lot and follow what the Church says, because the Devil wants to divide the Church and knows how to do it,” he said.

“God gave the key to the papacy to Saint Peter and that’s part of our faith, and either we unite ourselves to Peter or we’re not going anywhere.”

Wang Jie is currently studying and receiving formation as a priest in Europe thanks to the Fundación Centro Académico Romano de Formación (Academic Formation Center Foundation of Rome).

This foundation grants scholarships to seminarians and priests from dioceses in need from all over the world so they can receive formation at the University of Navarre, Spain, of the Pontifical University of the Holy Cross in Rome, Italy, to later return to their dioceses. 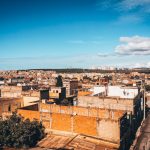 Church January 27, 2020
CSW has learned that on 23 January 2020 the House of Hope Evangelical Church in Ayoun Turk, Oran city in western Algeria...

Church January 25, 2020
The World Council of Churches (WCC) Faith and Order Commission, through its three study groups, is proposing a world conference as it...
© Christian Telegraph | All Rights Reserved
MORE STORIES