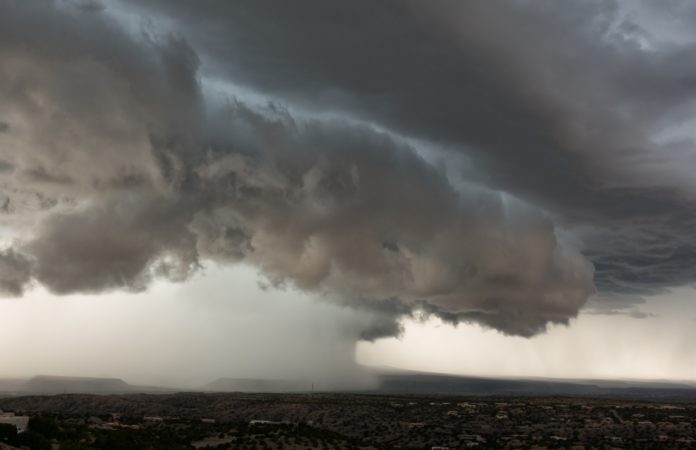 On average, the Philippines is hit by 8-9 tropical typhoons per year. These storms can cause significant damage – but they rarely reach the magnitude of 2013’s Typhoon Haiyan.

Today, half a decade after Haiyan, the country continues to rebuild from one of the strongest tropical storms ever to make landfall.

“Five years after the disaster, tremendous progress has been made. It is still possible to see the scars of Typhoon Haiyan if you look closely enough, but much of the infrastructure has been repaired and is fully functional,” Matthew McGarry, a sub-regional country representative for Catholic Relief Services, told CNA.

“Many individuals and communities still carry the trauma of the storm, however, and the most vulnerable have had difficulty rebuilding their homes, restoring, their livelihoods and resuming their lives.”

Super-typhoon Haiyan, one of the strongest tropical cyclones in history, tore through the Western Pacific in late 2013.

Known in the Philippines as Typhoon Yolanda, the Category 5 storm made landfall in the country on Nov. 8, 2013. It destroyed buildings, roads and water supplies in much of the country, killing more than 6,000 people and displacing 4 million more. The typhoon caused an estimated $2.2 billion in damage.

Catholic Relief Services, which had been present in the Philippines since 1945, was immediately able to assist in relief efforts. Working through its partner networks across the country, the agency aided more than 20,000 families in the immediate aftermath of the typhoon, McGarry said. They were able to provide transitional shelters, water and sanitation access, and household necessities.

Typhoon Haiyan was among the largest emergency responses in the history of Catholic Relief Services.

Although they were already well established in the country, a relief effort of this size posed challenges, McGarry said, including, “the logistics of moving staff and supplies to an island whose infrastructure had been demolished, efficiently responding to a storm with such widespread destruction, and coordinating with other actors in a disaster that so thoroughly captured the world’s attention.”

But the agency also learned valuable lessons from the experience, which continue to inform its emergency response programming throughout the region and across the world.

These lessons, McGarry said, include “how to provide a ‘menu’ of housing recovery options for families to choose the most appropriate housing modality for their situation; how to more effectively utilize cash distributions after a disaster to inject funds into the local community and maximize beneficiary choice; and how to make a smoother transition from relief, to recovery, to reconstruction.”

Today, five years after the massive storm, Catholic Relief Services continues its reconstruction efforts in the country. Looking ahead at the next five years, the agency hopes to move from recovery to development, aiding more than 100,000 families as they continue to rebuild.

Efforts moving forward will focus on household infrastructure and growing livelihoods for the most vulnerable. An emphasis will be placed on building back stronger than before, implementing disaster risk reduction measures.

In one vulnerable community, McGarry said, the agency is working to help build permanent housing that will offer “long-term safety and stability.”

Residents of the Anibong neighborhood are facing eviction after the area was declared a “No Dwell Zone.” Catholic Relief Services is working to build a planned community from scratch for 900 families from the neighborhood. Working with the community, the local government, and the local Church, the agency is building a new neighborhood with homes, roads, water and electricity, a school and commercial spaces.

For Anibong residents, the new community will be not only a chance to recover what was lost, but a chance to build back better than before.

“Families are already saving to make their contributions to purchase the land title from the social housing corporation CRS has chosen to administer the mortgages long-term,” McGarry said, “providing all of these families the opportunity to have secure land tenure for the first time in their lives.”