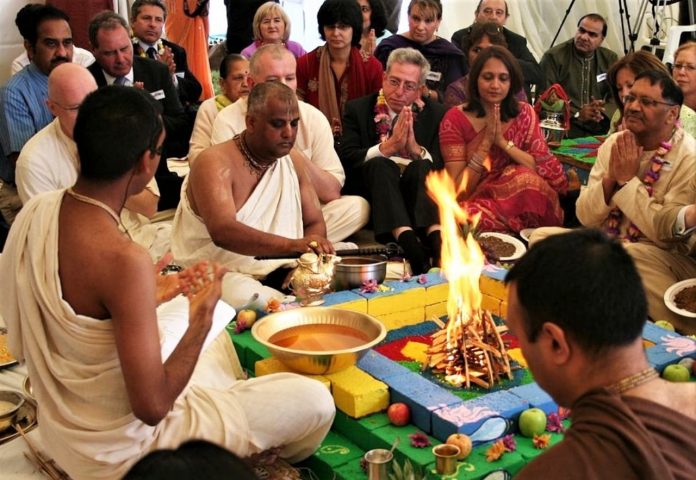 NEW DELHI (Morning Star News) – High-caste Hindus who have been harassing a church in Nepal forced it to shut down last week, sources said.

For two months Brahmins, the highest caste from which Hindu priests and teachers are drawn, in western Nepal’s Palpa District had disrupted worship of the Pakhluwa Eternal Life Church in Palpa each week and accused pastor Tufani Bhar of converting villagers, the pastor said.

Church members had abandoned their building and resorted to meeting in homes, but the Brahmins issued threats to anyone found meeting anywhere, including in houses.

“It is shocking that we are not allowed to meet in homes and pray,” the 53-year-old Pastor Bhar told Morning Star News.

Having established the church about nine months ago, Pastor Bhar tried everything possible to preserve the fellowship but was unable to withstand the opposition, he said. Church attendance dwindled from 30 to 15-18 people before disbanding last weekend due to fear.

Pastor Bhar visited a few members secretly on Nov. 3, which was his last visit to Palpa.

“I was too disappointed to see the Christians scared and thus did not go last week, on Nov. 10 [Saturday, the scheduled worship day],” he said. “The Hindu-Brahmins are resorting to every method possible to scare us, threaten us and not let us meet.”

Initially the Brahmins objected to the use of guitar and drums in the church service.

“We resorted to worshipping silently without the use of any instrument,” he said. “But then they objected to the Lord’s Supper that we partake of once a month.”

Prohibited from taking the Lord’s supper, the church began travelling from Palpa to the mother church in Butwal, about 50 kilometers (31 miles) away, to partake of the sacrament each month.

Opposition rose steadily to the point that the Brahmins refused to let the church meet for worship, Pastor Bhar said.

“The chairman of the ward [a smaller unit of the municipality] said that they will not let Christians fellowship,” the pastor said.

Previously there had been no opposition in his 38 years of ministry in Butwal and nearby areas, he said, but Hindu extremist groups from India have influenced Nepal’s Hindus.

“Before there was no persecution, but [Hindu extremist group] Shiv Sena from India has been working among the Nepalese people and radicalizing them,” he said. “They want Nepal to become a Hindu nation, but we have all religions in our country, and not just Hinduism.”

Nepal is ranked 25 on Christian support organization Open Doors’ 2018 World Watch List of the 50 countries where it is most difficult to be a Christian.

At the recent 39th session of the Human Rights Council of the United Nations, the World Evangelical Alliance (WEA) denounced increasing restrictions on freedom of religion or belief in Nepal, India and Sri Lanka.